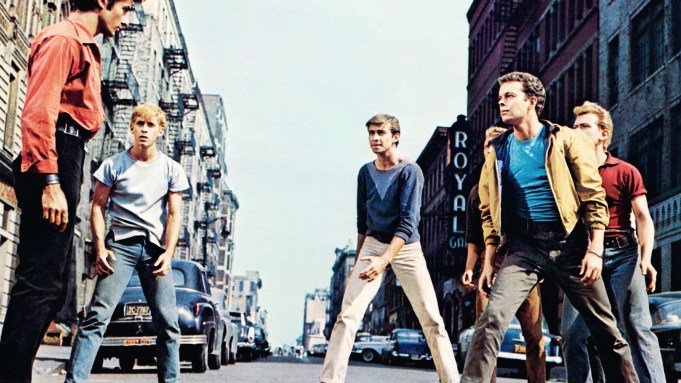 Before Stephen Spielberg’s much-lauded interpretation of West Side Story, there was another high-powered effort to bring the musical conceived by Jerome Robins with music by Leonard Bernstein, lyrics by Stephen Sondheim and a book by Arthur Laurents to the screen. It would have been the first remake since the 1961 screen classic directed by Robbins and Robert Wise. This version was a little different.

According to Lilo & Stitch writer and co-director Christopher Sanders, “Jeffrey Katzenberg once flew me out to New York City because he wanted us to do West Side Story with cats.”

Sanders said the former Disney Animation and later DreamWorks Animation boss had him prep a presentation for the meeting. Contacted by Deadline, Katzenberg’s camp had no comment.

Sanders elaborated, “As it turned out, Leonard Bernstein didn’t show up for the meeting. He sent representatives. I’m sure they were people of some prominence; there was one woman in particular who had a lot of necklaces on. But you could tell it wasn’t going well. Like, ‘Oh, I think we may have made a mistake by coming here.’ “

Given box office performance and Razzie tally of the adaptation of Andrew Lloyd Weber’s Cats in 2019, it might have been the best outcome for all concerned.