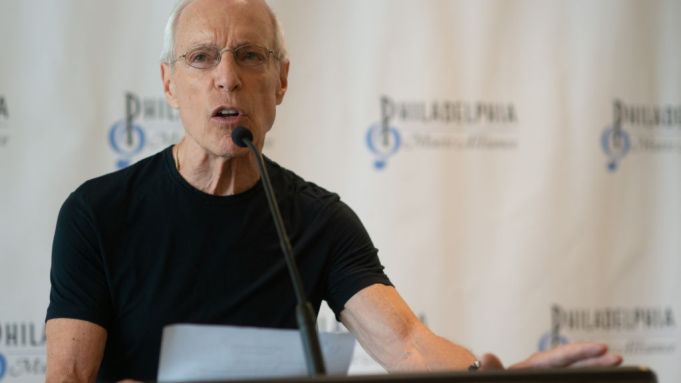 Jerry Blavat, a fast-talking DJ in Philadelphia who was a staunch backer of R&B in an era where “race records” weren’t mainstream, died Friday at Jefferson-Methodist Hospital in Philadelphia. His death was confirmed by his close friend A.J. Mattia and Keely Stahl, the latter his companion of more than 30 years.

The cause of death was from complications caused by myasthenia gravis, an autoimmune neuromuscular disease. He was 82 and worked up until recently, when he canceled several long-running live events. However, he was still heard regularly on his own Geator Gold Radio network, and on his weekly Saturday night show on WXPN-FM (88.5), The Geator’s Rock ‘n’ Roll Rhythm & Blues Express.

A family statement issued on Friday said: “Jerry proudly said, ‘Life is precious, and I am happy. And when I am happy, I want the world to be happy.’ … His love for Philadelphia only superseded his love of music. He was proud of this great city, and nothing made him prouder than the impact the music from Philadelphia made on the world.”

Blavat made his impact in an era where corporate radio was not yet in charge of the airwaves. Dubbing himself “The Geator with the Heater” and “The Boss with the Hot Sauce,” he built a regional empire as a radio DJ, dance promoter, television host, record company owner, and all-around entrepreneur. He once managed Danny and the Juniors (hit: “At The Hop”) and released the Soul Survivors’ hit, “Expressway to Your Heart” on his Crimson label.

Blavat’s memoir, You Only Rock Once, was published in 2011. Motown founder Berry Gordy praised the work: “For all the artists, and all the others in the music business, you have been so important to all of us through the years.”

Gordy’s praise was earned. Blavat worked tirelessly promoting the authentic versions of hits that were often whitewashed by cover versions from white artists.

Todd Rundgren, speaking at the 2019 induction of the band The Hooters into the Philadelphia Music Alliance Walk of Fame (Blavat was himself an inductee in 1993) put it best:

“I tell people everywhere I go that I’m the product of the Philadelphia music scene. People ask me, what does that mean? I tell them it comes down to one thing: I grew up listening to the Geator. He played the music that would have been called race records at the time, the music that was made south of the Mason-Dixon Line. And that’s why so many white kids in Philly grew up wanting to sing R&B.”

No memorial plans have been announced.