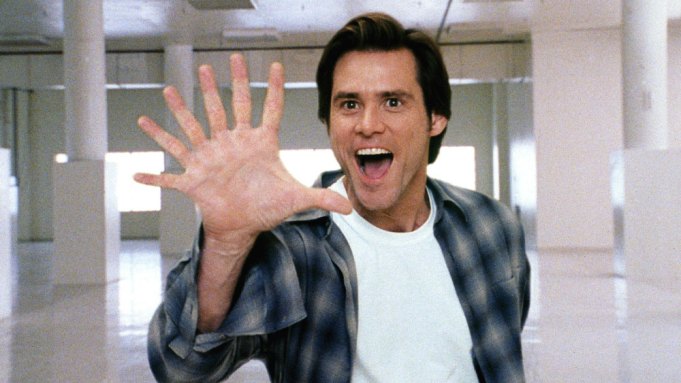 Jim Carrey starred in the 2003 film Bruce Almighty which was written by Steven Koren, Mark O’Keefe and Steve Oedekerk. The film was a success at the box office and could’ve had a sequel with Carrey reprising his role but it ended up not getting made.

In an interview with SyFy Wire, Koren and O’Keefe recalled that on the premiere of Bruce Almighty they ran into producer Michael Bostick and pitched him an idea for a sequel. The follow-up story would be called “Brucifer” and would involve Carrey’s Bruce acquiring Satan’s powers.

“[Carrey’s] manager and him wanted to do Brucifer,” Koren said. “We went in and pitched it, but it never quite worked out, because it was later on … It would have been another giant movie and I don’t think they wanted to do it. It just didn’t work out for some reason, but a lot of people loved it, including Jim.”

Jim Carrey "Fairly Serious" About Retiring: "I Have Enough"

The screenwriters explained that Bruce’s wife Grace, played by Jennifer Aniston, would’ve died with Koren saying, “You tend to lose your faith when the world seems unfair, and that’s what got him. It came from a serious place, but we were gonna write it in a very friendly way. We certainly didn’t want to depress people. So I think that scared [the studio] a little bit, but to Jim’s credit, he totally understood that we were going to make a big comedy and thought everybody would connect with it.”

Bruce would’ve used his satanic powers to bring Grace back to life. Koren said that when he was pitching Carrey, he was “laughing his ass off because we had her come back as Jennifer Aniston. He said, ‘No, she has to look like a zombie first and then we’ll make her beautiful again.’ We thought that was brilliant.”

The idea for Brucifer was pitched to the studio in 2010 but it was passed on. By that time, the studio had already produced Evan Almighty in 2007, which didn’t fare well at the box office. The follow-up movie revolved around Steven Carrell’s Evan Baxter from the first movie in a modern take of Noah’s Ark.