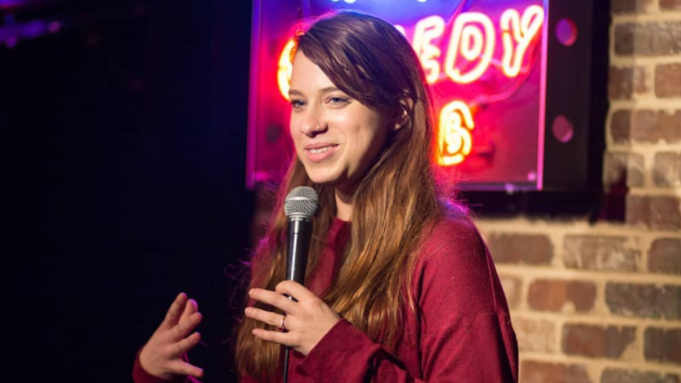 Jimmy Kimmel is a man of his word. Next week’s guest lineup forJimmy Kimmel Live! has been released and, true to his promise, Ariel Elias is set for Monday.

You may remember that Elias is the comedian who had a full beer thrown at her onstage by the husband of a belligerent heckler. It was Elias’ reaction that made video of the moment go viral: She picked up the beer and defiantly chugged it.

When Kimmel lauded her “gutsy performance” on Twitter, Elias made another gutsy move and asked Kimmel if she could make her “late night debut” on his show. The Jimmy Kimmel Live! host replied, “definitely.” And now he’s made good on that promise.

Elias will appear with Josh Gad and Pamela Adlon (Slumberkins). Deadline has learned he will be performing in-studio for lucky audience members.