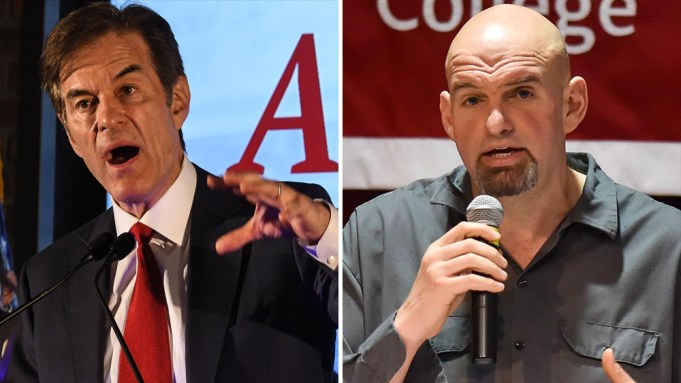 John Fetterman was projected to defeat Republican celebrity doctor Mehmet Oz in the race for a U.S. Senate seat in Pennsylvania, in what cycle’s most expensive and most closely watched midterm contest.

“I’m not really sure what to say right now,” Fetterman told supporters. “My goodness. I am so humbled. Thank you so much.”

Almost $375 million was spent on the Senate race this cycle, dwarfing other contests, as the rivalry garnered national attention. CNN’s Dana Bash went so far as to call it a “proxy battle between Biden and Trump,” as they each campaigned multiple times in the state with Fetterman and Oz, respectively.

Oz capitalized on his notoriety from his daily talk show and an endorsement from Donald Trump to win the Republican primary. But Fetterman, often wearing a hoodie, had tried to portray Oz as out-of-touch with the state’s voters, particularly since he long lived in neighboring New Jersey.

Oz, meanwhile, attacked Fetterman on issues like crime and immigration, while a campaign spokesperson last August made a dig at the fact that he suffered a stroke just before the Democratic primary earlier this year. Fetterman is recovering from the stroke and, during the only debate with Oz last month, at times struggled to form sentence.

Last week, Oprah Winfrey announced that she was supporting Fetterman, even though she helped launch Oz’s TV career. “If I lived in Pennsylvania, I would have already cast my vote for John Fetterman,” Winfrey said in a statement. “There are clear choices and some dynamic candidates who are working to represent the values that so many of us hold dear—like inclusion, compassion, and community. So I ask that voters use discernment and choose wisely for the democracy of our country.”

Oz campaigned with Trump at a rally last weekend, albeit he tried to distance himself from the former president’s claims about the 2020 presidential election. The event took place around the same time that Fetterman appeared on stage with President Joe Biden and former President Barack Obama.