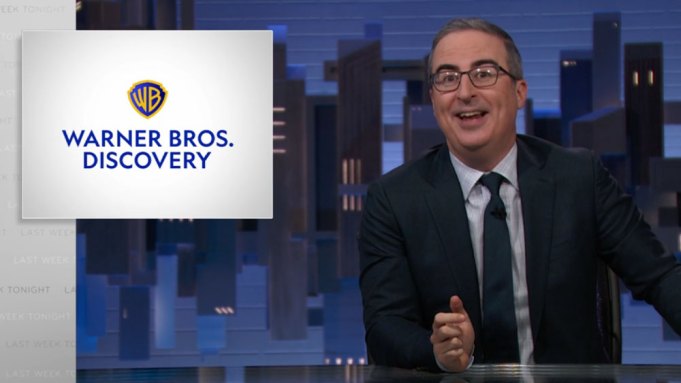 John Oliver got bold on the season finale of Last Week Tonight when he called out his employer, Warner Bros. Discovery, once again.

On a night when Oliver talked about all the controversies surrounding the World Cup being hosted in Qatar, the late-night host dinged the parent company of HBO and HBO Max.

Oliver exposed the injustices workers suffered while working in Qatar creating the infrastructure to host the soccer tournament. One particular worker said he was hopeful that the star athletes “would shine the light on all the exploitation that went into this event,” Oliver said.

The worker said that he had “hope” his idol like Messi would bring light to the injustices but Oliver pointed out that Lionel Messi’s current team is sponsored by Qatar Airways, “a team literally owned by the state investment fund of Qatar.”

“People don’t generally openly sh** on their employers unless, of course, that employer is Warner Bros. Discovery,” he said. “In which case, you can happily sh** away because apparently, they’re too busy canceling shows to notice.”

This is not the first time that Oliver takes aim at Warner Bros. Discovery. Back in August, he took a dig at his new “business daddy” saying the company was “burning down my network for insurance money.” Oliver’s comments came after a series of cancelations were announced that included the scrapping of the Batgirl movie.

Other shows that Warner Bros. Discovery canceled this year include Westworld, which would not move past Season 4, and recently it was announced that the Degrassi revival was not moving forward on HBO Max.

Oliver announced that the show would return in February 2023.