The Production Guild of Great Britain has revealed the winners of it 2020 PGGB Innovation Awards, in association with Warner Bros Studios Leavesden, which recognize production professionals who have navigated new ways of working to keep UK film and TV production moving forward during lockdown.

Four awards were presented last night during an online ceremony.

Made with a stereoscopic 360 camera, ScreenSkills’ VR film showcases the variety of roles available on a film and TV set, designed to be experienced on Oculus Rift/Go VR headsets and free to watch on YouTube. Since launching on YouTube in June, it has had more than 25,000 views and has been a key outreach tool throughout the pandemic. The film was supported by the BFI with National Lottery funds and made with assistance from EON Productions and Pinewood Studios who provided stage space and MBS Lighting and MovieTech who donated equipment.

A special mention in the PGGB Innovation Award for Production Team category was made for Season 2 of War of the Worlds (Urban Myth for Canal+ and Fox TV). The first high-end TV production to resume in the UK after lockdown, the drama restarted filming July 13 in a Newport studio and on location in South Wales and Bristol. 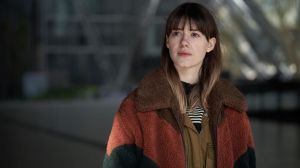 Daisy Edgar-Jones in “War Of The Worlds”
Urban Myth Films

The production team had spent 12 weeks putting plans in place, with changes on set including temperature checks, PPE, regular Covid-19 testing, distancing between departments and partitions between make-up and costume areas that were previously communal spaces. The eight-part second series, which wrapped in October, is expected to air in spring 2021.

Andy Hudson, Film Laboratory Manager at Cinelab London, received the PGGB Innovation Award for an Individual, sponsored by Netflix. Known as a “film superhero” by his team, Hudson ensured the laboratory could stay open despite almost all of its 28 employees having to work from home when lockdown hit.

The exec took on all of the physical film lab and scanning work that could not be done remotely, and helped the company in receiving hundreds of additional projects from global clients.

From early stages of lockdown, the pair made the case to the Chancellor that in addition to comprehensive Covid-19 safety guidelines, Treasury intervention was also needed, to cover Covid-related insurance costs if domestic productions were going to be enabled to restart. McVay went on to chair the industry working group on insurance for the BFI’s Screen Sector Task Force, which worked with government to inform and shape the scheme. It’s expected that the scheme, which opened October 16, will support more than 40,000 jobs by ensuring planned productions can proceed after a period of disruption due to the pandemic.

After production halted on March 14, the team researched and devised a host of complex safety protocols, ranging from temperature testing, Covid testing and PPE, to sanitation, fogging and perspex screen use. Consulting with studios, unions, Guilds and industry bodies including the British Film Commission, they produced a 119-page document outlining how to proceed safely during the pandemic which was approved by Universal.

By early June, the production team were back at Pinewood Studios, and less than a month later on July 6, filming recommenced with a 1,000-strong workforce including cast, crew, construction and craft departments. A second unit also overcame restrictions to travel to Malta. The blockbuster wrapped filming on November 7 after a multinational shoot which required a total of 40,000 Covid tests and cast bubbling together for four months. 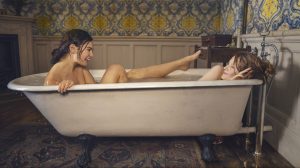 “The Pursuit Of Love”
Robert Viglasky

A special mention in the PGGB Innovation Special Contribution to the Industry category was also made for The Pursuit of Love (Open Book and Moonage Pictures for BBC One and Amazon Studios). The drama’s production team overcame a raft of challenges to become one of the first high-end TV projects to resume production in the UK after lockdown, including deciphering early sanitary protocols, coordinating location shifts and holding on to in-demand talent. Filming for the three-part mini-series successfully restarted in July on location in the Bristol and Bath area and at The Bottle Yard Studios, before wrapping in October.

The Awards’ In Memoriam section remembered the life of producer and long-standing PGGB member Willy Wands.

PGGB Chair Alex Boden said: “Willie was a proud champion of the Scottish film and television industry and a highly valued member of the Production Guild of Great Britain throughout his career. As 1st AD, UPM and producer, he worked with some of the greatest directors in the world including Mike Figgis, Shekhar Kapur, Guy Ritchie and Terence Davies, always finding time to guide and mentor trainees and junior crew members. There are many in the industry today who owe their careers to Willy. He is sorely missed.”