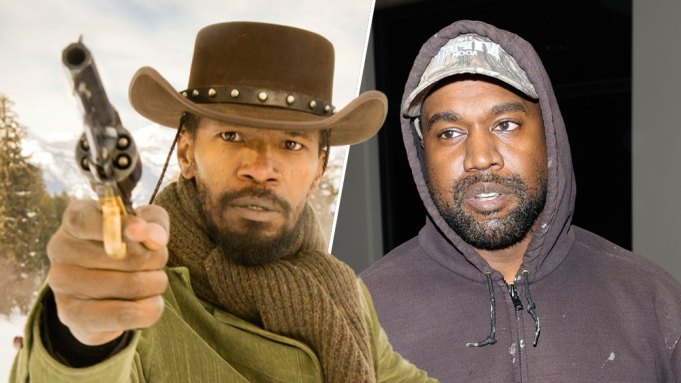 Kanye West continues to make the rounds in conservative media circles following his antisemitic comments. The rapper has now landed with Piers Morgan and claims Django Unchained was his idea and had originally pitched the story to director Quentin Tarantino and Jamie Foxx.

West and Foxx worked together in 2005’s “Gold Digger” and for the music video, the singer and songwriter pitched Foxx and Tarantino a slavery-themed story.

Stephen A. Smith Goes Off On Kanye West, Revises His Prior Take On The Rapper's Career Survival

“Tarantino can write a movie about slavery where – actually him and Jamie, they got the idea from me because the idea for Django, I pitched to Jamie Foxx and Quentin Tarantino as the video for ‘Gold Digger,’” West said on Piers Morgan Uncensored. “And then Tarantino turned it into a film.”

In the end, the music video for “Gold Digger” didn’t go with the idea West alleged he had. Django Unchained is a 2012 revisionist Western film about a freed slave (Foxx) who teams up with a bounty hunter (Christoph Waltz) to free his wife from a slavery.

Deadline has reached out to Jamie Foxx and Quentin Tarantino’s representatives for comment.

RELATED: Stephen A. Smith Goes Off On Kanye West, Revises His Prior Take On The Rapper’s Career Survival

West’s comments come after he posted on Twitter and Instagram messages that were antisemitic following criticism for his appearance on Fox News with Tucker Carlson. Following the continued hate speech, there’s mounting pressure for businesses to stop giving him a platform with Balenciaga severing ties with West recently.