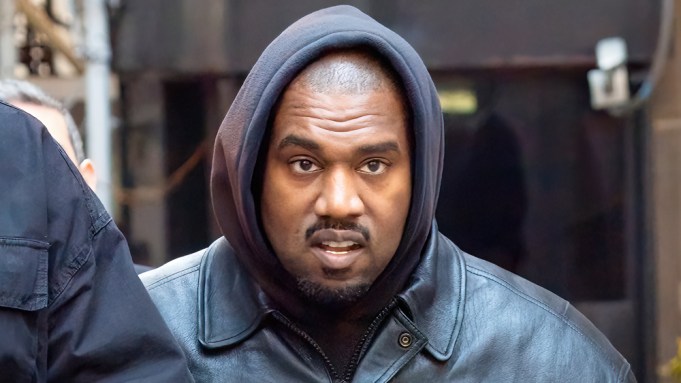 In what may be the toughest blow, ego-wise, in the fallout from Kanye West’s antisemitic rants last week, Forbes announced today that the rapper is no longer on its glitzy list of the world’s billionaires. A chief cause for the change was Adidas ending its relationship today with Ye, as he is now known. He had been among the first hip-hop moguls to make the list.

“Without Adidas, Ye is worth $400 million,” the Forbes piece reads. “The remainder of Ye’s [as Kanyer is now called] fortune, Forbes estimates, comes from real estate, cash, his music catalog, and a 5% stake in ex-wife Kim Kardashian’s shapewear firm, Skims. (A source close to Skims told Forbes Ye hasn’t been involved with the brand since its 2019 launch.)

Adidas Drops Kanye West After Pressure Over His Antisemitic Remarks

With Adidas dropping the rapper early today, calls went up for the musician’s record label, Universal Music, to drop him next. But per a New York Times piece updated today, they may have already parted ways.

He is no longer signed to Def Jam, his longtime record company; his contract expired with his 2021 album, “Donda.” And Ye’s own label, G.O.O.D. Music, which has released music by other artists like the rapper Pusha T, is also no longer affiliated with Def Jam, according to a person briefed on the deals. A representative of Def Jam declined to comment, and Ye did not respond to questions sent to a representative.

The growing list of companies and projects which have separated from the controversial rapper now includes Adidas, Balenciaga, CAA and Gap, which Ye pulled away from himself last month. Further, MRC said Monday that it was not moving forward with its recently completed documentary about the musician. Endeavor CEO Ari Emanuel, Gersh’s Bob Gersh and UTA’s Jeremy Zimmer have all also spoken out to condemn him.