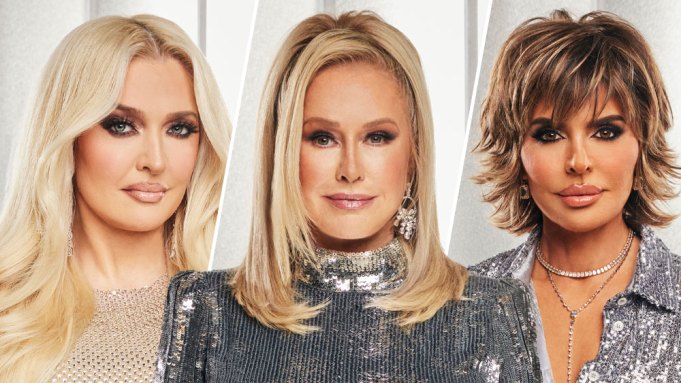 Kathy Hilton was one of the most lauded stars at BravoCon following her second season as an official “friend of” The Real Housewives of Beverly Hills. As Season 13 of the reality series wraps up, fans have been questioning if Hilton would return for another season and Paris Hilton’s mother is now opening up about what it would take for her to return to the Bravo franchise.

“I would only be willing to come back if the cast… if it was completely the same? Absolutely not,” she told TMZ. “I feel there are two bullies that intimidate a lot of the other girls. A couple [of the housewives] speak up but most of them… they’re not being their authentic self when they’re pushed up to the wall and they’re afraid of what those two bullies — because they’re capable of anything.”

Hilton was referencing Lisa Rinna and Erika Jayne, who she has come at odds with. In the latter part of Season 13 of the show, Hilton allegedly had an outburst that made Rinna lock herself up in the room. Rinna said on the show that she experienced PTSD following the incident where she claims Hilton said horrible things about her costars, including real life sister Kyle Richards.

Rinna and Hilton addressed the situation on camera, in a scene at Richards’ home. Hilton apologized for her outburst but Rinna has seemingly been unable to let it go. The tension between the RHOBH stars have divided viewers so much that Rinna got booed during a BravoCon panel featuring the reality show personalities. In contrast, Hilton was cheered and applauded during every appearance she made at the convention.

“I had people from the show telling me that this was a setup the whole time by these two girls,” Hilton added.

Hilton questions that if the breakdown was as severe as Rinna claims it was, why she didn’t call her sister Kyle or production. Instead, Hilton alleges Rinna went “to call the media, the press, her little go-to people and Erika.”

Hilton says that Rinna and Jayne “are desperate for a storyline” and “they’ll throw anybody under the bus.”

Cameras for the show were down and there’s no audio or video recording of the allegations Rinna has made against Hilton. Rinna maintains that the truth about the incident in Aspen will eventually come to light.

Hilton will face Rinna in The Real Housewives of Beverly Hills Reunion Part 3 next Wednesday at 8 p.m. ET on Bravo.