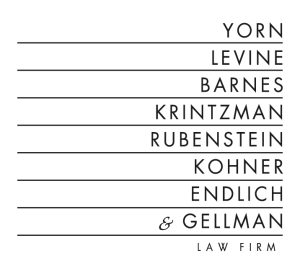 “Congratulations to Ashley, Cary, Kristi and Miles,” Yorn said. “We are excited to add these talented, homegrown attorneys to the leadership team. One core tenant of our firm has always been to complement external recruiting with a commitment to elevating exceptional attorneys from within our own ranks. We believe this ethos is essential for building a strong, effective culture that best positions us to serve our incredible clients.”

The firm also supports the fundraising efforts of venture and growth companies in all areas of consumer and tech as well as assisting clients in the media ecosystem with their business investments and partnerships.

Here are bios of the newly elevated partners:

Miles Metcoff cut his teeth in the mailroom at William Morris and then with the Film Group at Paramount Pictures before heading to law school with the goal of becoming an entertainment attorney. He has been an associate with Yorn Levine for the last six years focusing on film and television writer and director clients, and he’s worked with such talent as Paul Weitz, Chris Weitz, Dan Levy, Snoop Dogg, and Boyd Holbrook. The client list he’s built includes Eternals scribes Kaz and Ryan Firpo, screenwriter Christy Hall, The Chair co-creator Annie Julia Wyman, Netflix film Spaceman scribe Colby Day and Finch scriber Craig Luck.