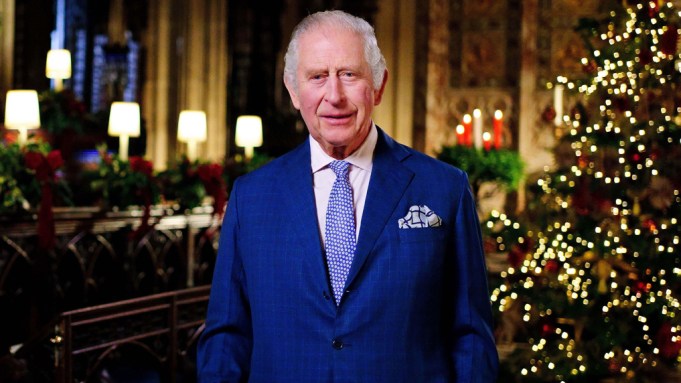 Details of King Charles III’s coronation in May were revealed Saturday by Buckingham Palace. Three days of celebrations are planned, including a concert featuring “global music icons and contemporary stars,” none of whom were named.

The concert will take place on Sunday, May 7 at Windsor Castle’s East Lawn on the day after the coronation, the latter a solemn religious affair. The music show will be part of celebrations across the UK, part of the so-called “Coronation Big Lunch.”

The concert attendees will be drawn from an audience composed of volunteers from the King and Queen Consort’s charity affiliations and those public members selected through a national ballot held by the BBC.

While specific performers were not noted, the Palace said the program will consist of a “world-class orchestra playing interpretations of musical favorites fronted by some of the world’s biggest entertainers, alongside performers from the world of dance…and a selection of spoken word sequences delivered by stars of stage and screen.”

Britain’s Refugee choirs, NHS choirs, LGBTQ+ singing groups and deaf signing choirs, will form “The Coronation Choir” and also perform at the concert, alongside “The Virtual Choir,” made up of singers from across the Commonwealth.

There will be an extra bank holiday on Monday, May 8. The public will be invited to volunteer to projects in their communities under the banner “The Big Help Out.”

“Everyone is invited to join in, on any day,” Michelle Donelan, UK Secretary for Digital, Culture, Media and Sport, said in a statement. “Whether that is by hosting a special street party, watching the Coronation ceremony or spectacular concert on TV, or stepping forward during The Big Help Out to help causes that matter to them.”

The actual coronation ceremony is expected to be shorter than the one that installed Queen Elizabeth seven decades ago, with several feudal elements eliminated. Queen Elizabeth’s coronation was the first televised royal event and lasted three hours.

One of the more dramatic moments will be a balcony appearance at Buckingham Palace. Who will be among the invited will be watched with interest, given Prince Andrew’s exile and Prince Harry’s controversial new memoir, Spare, which details alleged royal abuses.