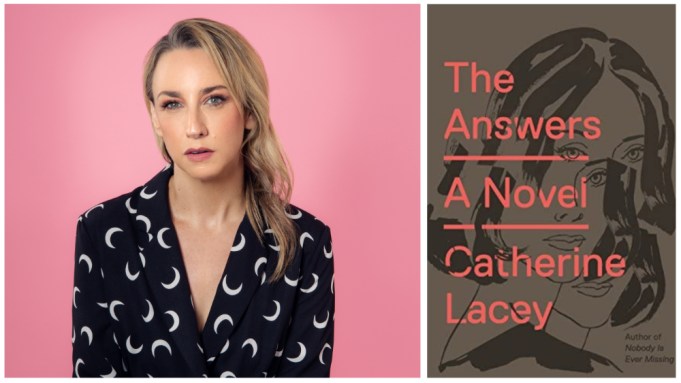 Catherine Lacey’s novel The Answers is being adapted for television by Sorry for Your Loss creator Kit Steinkellner, Dopesick creator Danny Strong and Requiem for a Dream director Darren Aronofsky.

The trio have scored a pilot order for the project at FX.

The story is set in the near future, where a heartbroken young woman joins an enigmatic experiment that promises to hack love, but after moving into an idyllic, secluded location with her fellow female participants, she and the other women start questioning what’s really happening in the experiment, and why they’ve all been tasked with dating the same mysterious man.

The book, which was published in 2017, has been likened to The Handmaid’s Tale. It follows Mary Parsons, who becomes an emotional girlfriend in the “Girlfriend Experiment, the brainchild of a wealthy and infamous actor Kurt Sky.

Danny Strong, who also co-created Empire and Darren Aronofsky, who directed buzzy A24 film The Whale with Brendan Fraser and is an exec producer on FX’s Hulu series Kindred, will exec produce with Mandy Safavi with Danny Strong Productions and Ari Handel and Elizabeth Gesas with Aronofsky’s Protozoa Pictures.

Gillian Robespierre, who wrote and directed feature films Obvious Child and Landline, and has directed episodes of A Teacher and And Just Like That…, is set to direct and executive produce the pilot.

The one-hour drama pilot will be produced by 20th Television.