1960s Soho, London comes back to life in Edgar Wright’s Last Night in Soho. You can’t visit without paying a price though, as Eloise (Thomasin McKenzie) finds out in the period psychological thriller.

Krysty Wilson-Cairns wrote the screenplay with Wright based on Wright’s story. Ellie is an American girl coming to London for fashion school. She rents a room from Ms. Collins (Diana Rigg, in her final role) when she doesn’t get along with her roommates. Every night, though, she wanders into the Soho night life district, and into the past.

Ellie witnesses the rise and fall of an aspiring singer, Sandie (Anya Taylor-Joy). Given a shot by a talent manager (Matt Smith), Sandie also finds herself prey to unwanted advances and violence. With her tenuous connection to the past, Ellie tries to find out what happened to Sandie.

British director Wright loaded Last Night in Soho with music of the era, prominently featuring Petula Clark’s “Downtown” as a recurring motif. He and his team re-created the glamour of that period of London’s past, but Wright said he always suspected there was a dark side that may have stayed buried in the past.

“Sometimes you’re talking to somebody who was there in the ‘60s, where they would talk very effusively about it, stories of the wild times,” Wright said. “But you always feel that there’s that little hint of what they won’t say. Sometimes, if you ask, they’ll say that it was a tough time as well.”

Wright added that he has spent much time in Soho while making films in the UK. Like her protagonist, Wilson-Cairns moved to Soho when she was 22. She met Wright socially and bonded over Soho.

“I had just given up my bar work and we talked about the bits of Soho you don’t see, all these dingy after-hours places,” Wilson-Cairns said. “So we went on a little research night out. I wasn’t involved in the project at this point, I was just a friend showing him my old stomping ground.”

Last Night in Soho premiered at the Venice Film Festival and went on to play Toronto, London, Sitges and many more festivals. It opened in theaters October 29. 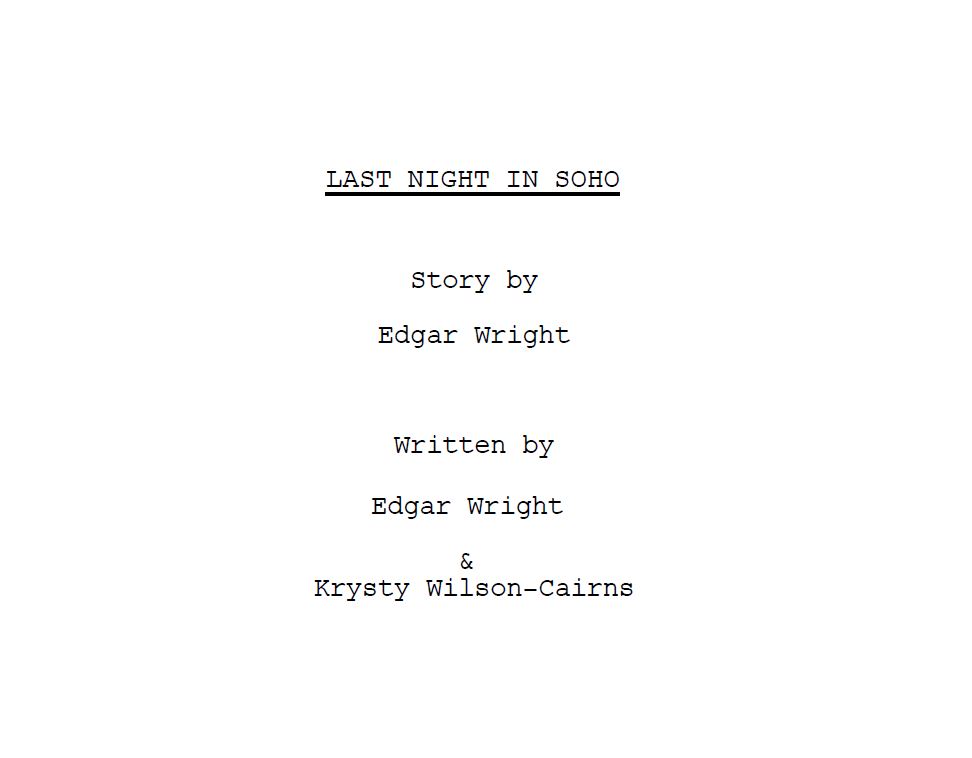