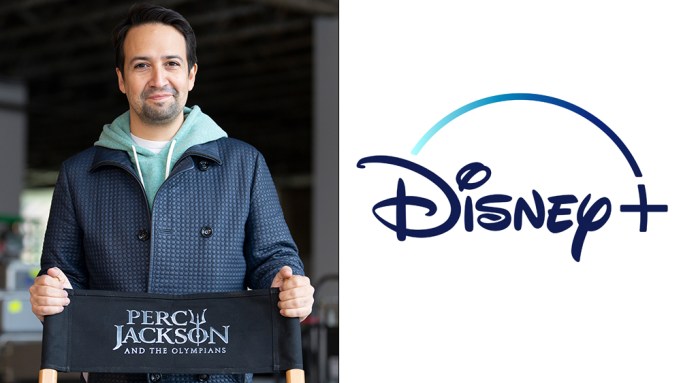 EXCLUSIVE: Lin-Manuel Miranda is set for a key guest-starring role on Disney+’s upcoming series Percy Jackson and the Olympians.

Based on Rick Riordan’s bestselling book series, Percy Jackson and the Olympians tells the fantastical story of a 12-year-old modern demigod, Percy Jackson (Walter Scobell), who’s just coming to terms with his newfound divine powers when the sky god Zeus accuses him of stealing his master lightning bolt. With help from his friends Grover (Aryan Simhadri) and Annabeth (Leah Sava Jeffries), Percy must embark on an adventure of a lifetime to find it and restore order to Olympus.

Miranda, who is a fan of the Percy Jackson books along with his son, will play Hermes, the messenger god who looks out for travelers and thieves, and is a bit of a trickster himself. He is charismatic & boisterous, the life of the party. Unfortunately, his charm does not do much to heal his strained relationship with his son, Luke (Charlie Bushnell). He’s hesitant to help Percy and his friends on their quest as sometimes getting involved is more trouble than it’s worth.

The series is currently in production in Vancouver and is expected to premiere exclusively on Disney+ in 2024.

Miranda is a Grammy, Emmy, Tony and Pulitzer Prize-winning songwriter, actor, director and producer. Creator and original star of Broadway’s Tony-winning Hamilton and In the Heights, his additional Broadway credits include Freestyle Love Supreme, Bring It On: The Musical and the 2009 revival of West Side Story. His TV and film credits include tick, tick… BOOM!, Vivo, the feature adaptation of In the Heights, Emmy-winning Hamilton, His Dark Materials, Fosse/Verdon, We The People and Brooklyn Nine-Nine. Miranda earned guest actor Emmy nominations for Curb Your Enthusiasm and as host of Saturday Night Live, and Oscar nominations for Best Original Song for Moana, Mary Poppins Returns and most recently Encanto. He’s repped by WME, Liebman Entertainment and Schreck Rose Dapello Adams Berlin & Dunham