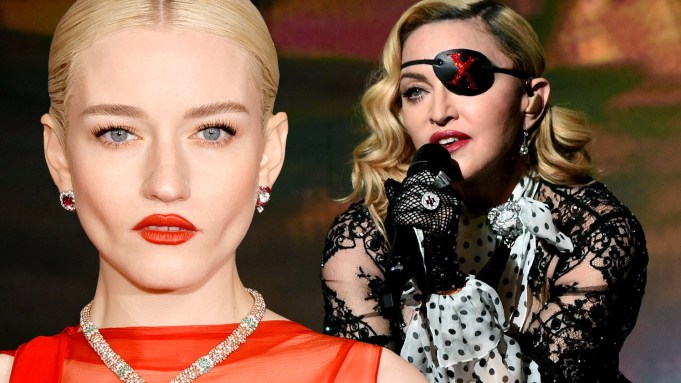 The Madonna biopic set at Universal Pictures has been scrapped, Deadline has confirmed.

The studio had no comment on the matter. But the news comes following Madonna’s announcement that she’ll be setting off on a 35-city global tour, referred to as The Celebration Tour, on July 15. She’ll launch it at Vancouver’s Rogers Arena with stops in Detroit, Chicago, New York, Miami, Los Angeles, Boston, Cleveland, Denver and other North American cities to follow, ahead of an 11-city European leg beginning October 14.

Madonna was to have directed the biopic on her own life and career, having penned drafts of the script with both Academy Award winner Diablo Cody (Juno) and Independent Spirit Award winner Erin Cressida Wilson (The Girl on the Train). Three-time Emmy-winning Ozark star Julia Garner emerged as Madonna’s choice to play her after proving a standout in a singing and dancing bootcamp.

Upcoming projects remaining on the in-demand actress’s dance card include the Kitty Green thriller The Royal Hotel and Paramount Players’ Apartment 7A.