Manifest has started its second life at Netflix. The creator and actors behind the former NBC missing-plane drama celebrated their return to the series as they started production for the fourth and final season with the streamer.

“AND WE’RE BACK,” tweeted creator Jeff Rake on Thursday.

Also celebrating their return to the world of Manifest is actor J.R. Ramirez, who posted a selfie on Instagram. With his social media post Ramirez, who appears as Jared Vasquez, reflected on the opportunity to pick up where the series left off on NBC. He praised the “collaborative, dedicated” cast and crew fo Manifest and also thanked fans for their support.

“It’s only day one and you can already feel the Level of Appreciation this group has for the Magical Ride that is Manifest!,” he wrote. “the reality is ALL of This Magic is happening because of YOU guys!. You guys made this happen.”

Manifest was cancelled after three seasons on NBC. The drama was among the four series on the NBC chopping block, along with Debris, Zoey’s Extraordinary Playlist and Good Girls.

The series , which premiered in September 2018,  focuses on Montego Air Flight 828, which landed safely after a turbulent but routine flight. The crew and passengers were relieved, but in the span of those few hours, the world had aged five years and their friends, families and colleagues — after mourning their loss — had given up hope and moved on. Faced with the impossible, they’re all given a second chance. But as their new realities become clear, a deeper mystery unfolds, and some of the returned passengers soon realize they might be meant for something greater than they ever thought possible.

See the social media posts below. 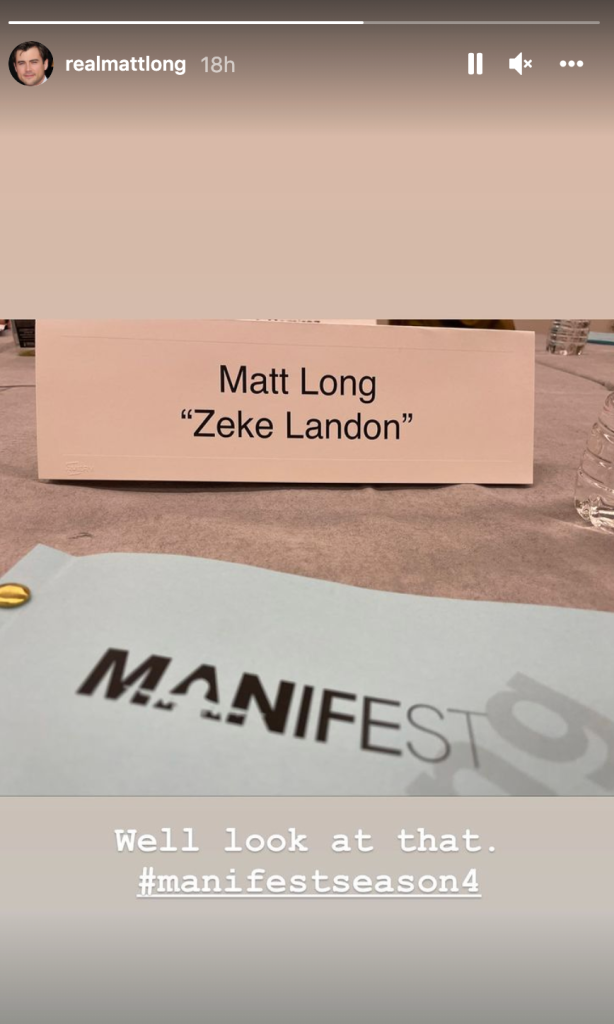