Marilyn Bergman, winner of multiple Oscars, Emmys, Grammys and more for her song lyrics, has died at 93. She passed at home in Los Angeles at 1:15 AM PT Saturday morning with husband Alan Bergman and daughter Julie Bergman at her side. The cause of death was respiratory failure (non-COVID related).

In collaboration with her husband, Alan, Marilyn won Oscars for the songs “The Windmills of Your Mind,” “The Way We Were” and for the score for Yentl. Since their first Oscar nomination in 1968, the Bergmans have been nominated 16 times- for such songs as “It Might Be You” from Tootsie, “How Do You Keep The Music Playing?” from Best Friends, “Papa Can You Hear Me?” and “The Way He Makes Me Feel” from Yentl, and “What Are You Doing the Rest of Your Life?” from The Happy Ending. 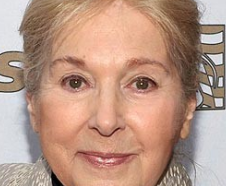 The Emmys were for Sybil, Queen of the Stardust Ballroom, Ordinary Miracles and A Ticket to Dream. In 1986 they were nominated for a Golden Globe, an Academy Award, and a Grammy Award for the song “Moonlight,” performed by Sting for the Sydney Pollack film Sabrina. Their principal collaborators include Dave Grusin, John Williams, Quincy Jones, James Newton Howard, Michel Legrand, Johnny Mandel, Cy Coleman, Henry Mancini and Marvin Hamlisch.

Barbra Streisand paid tribute to them with a 2011 Grammy-nominated album of their songs, titled “What Matters Most.” The year 2019 brought a new compilation of their work, “Frank Sinatra sings Alan and Marilyn Bergman.”

Marilyn was a political and social activist force in her own right. In 1974, the America Film Institute (AFI) created the Women’s Directing Workshop. Marilyn, along with Anne Bancroft, Dyan Cannon, and Randa Haines, were invited to participate in the class of ‘75.

In 1984, Marilyn, along with ten other women, founded the powerful political PAC “The Hollywood Women’s Political Committee (HWPC),” that raised millions of dollars for Democratic candidates. It was described as the “single most powerful entertainment group in politics.”

In 1985, Marilyn became the first woman elected to the board of directors of the American Society of Authors and Publishers (ASCAP). After serving five terms as a board member, she was elected president and chairman of the board. That same year, Marilyn was appointed to the US Department of Commerce Private Sector Advisory Council on the National Information Infrastructure, and was the sole creative artist on the Council.

After serving for 15 years as president and chairman of ASCAP, Marilyn resigned in April 2009, but continued to serve as Board Emeritus.

Marilyn served two terms (1994-1998) as the president of CISAC, the International Confederation of Performing Right Societies. In 1996, she received France’s highest cultural honor, Commander of the Order of Arts and Letters Medal. In 1998, she was awarded the Cultural Medal of Honor from the Spanish performing right society (SGAE). In 2002, Marilyn was appointed the first chairman of the Library of Congress National Academy Sound Recording Preservation Board.

In 1986, Marilyn co-executive produced and wrote with Alan the acclaimed “One Voice” concert, starring Barbra Streisand. The Bergmans also wrote the opening ceremonies, “An American Reunion,” for the Bill Clinton presidential inauguration festivities, held at the Lincoln Memorial and aired on HBO in 1993.

Marilyn also executive produced the PBS Special The Music Makers: An ASCAP Celebration of American Music at Wolf Trap. She appeared on numerous talk shows and panels and hosted the PBS special, Women in Song.

Alan and Marilyn worked with playwright Joshua Ravetch on an original play with music, Chasing Mem’ries, which premiered at the Geffen Playhouse in 2017. The year 2018 saw the release of an album written with Michel Legrand, titled, Between Yesterday and Tomorrow-The Life Cycle of a Woman. They recently wrote two more film songs. One with the late Michel Legrand for the release “Hurry Home” for Max Rose, and the other with Dave Grusin, “Just Getting Started,” for If You’re Not in the Obit: Eat Breakfast.

Dr. BIlly Taylor, artistic director for Jazz at the Kennedy Center ,commissioned Alan and Marilyn in 2001 to write “a jazz song cycle” in collaboration with composer Cy Coleman. Portraits in Jazz: A Gallery of Songs, was performed in May 2002 at The Kennedy Center to critical acclaim. The show, Up Close and Musical, expanded with text by Larry Gelbart, had a highly successful run at the Mark Taper Forum in Los Angeles. 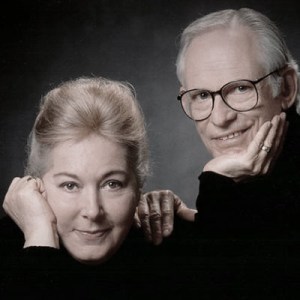 The Bergmans collaboration with composer Roger Kellaway birthed five songs for Visions of America, a photo symphony celebrating the sights and sounds of America as captured by acclaimed photographer Joe Sohm. It premiered in 2009 with the Philadelphia Pops Orchestra, and was performed by the Boston Pops in 2012, featuring vocalists Patti Austin and Steve Tyrell.

Marilyn was a music major at New York’s High School of Music and Art and went on to study Psychology and English at NYU. After college, she moved to Los Angeles and picked up the musical thread from her earlier life. In 1956, she met Alan and embarked on a storied partnership in life and work.

“It is with deep sadness that I personally, and all of ASCAP, mourn the passing of Marilyn Bergman — one of the greatest lyricists who ever lived and truly ASCAP royalty.  She was a brilliant songwriter who together with her husband, Alan Bergman, gave us some of the most beautiful and enduring lyrics of all time.  She was a tireless and fierce advocate for music creators not only during her term as President and Chairman of ASCAP but throughout her life.  Our community will miss her intelligence, her wit and her wisdom.  Alan — we mourn with you.”

Marilyn Bergman is survived by her husband, Alan Bergman, their daughter and son-in-law Julie Bergman and iLan Azoulai, and her granddaughter, Emily Sender.