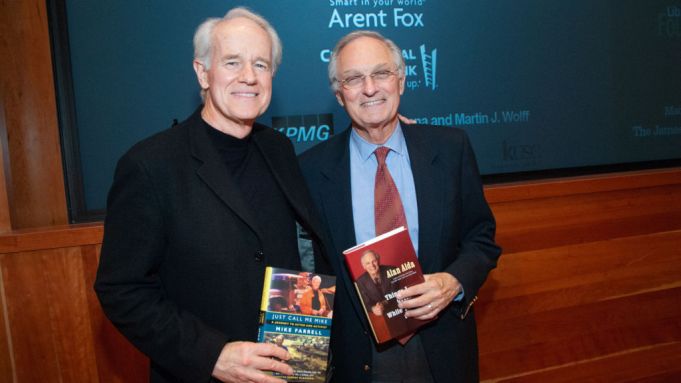 There were some war stories shared for sure this weekend, as Alan Alda and Mike Farrell (aka Hawkeye Pierce and B.J. Hunnicutt on the show) reunited to celebrate the 50th anniversary of one of TV’s most memorable series.

Alda posted a picture of the two on Twitter, noting how their time starring in M*A*S*H “changed our lives” and was “a great gift to us.”

The war comedy-drama aired on CBS from Sept. 1972 to Feb. 1983 as a spin-off of the film and book of the same name. It followed a team of doctors and support staff stationed in South Korea during the Korean War from 1950-1953.

Mike Farrell and I today toasting the 50th anniversary of the show that changed our lives – and our brilliant pals who made it what it was. MASH was a great gift to us. pic.twitter.com/FGd8ZwBgIq