Warner Bros./Village Roadshow’s theatrical-day-and-date release of The Matrix Resurrections didn’t wow in its 5-day opening at the domestic box office with $22.5M, while in its HBO Max debut in homes fared OK, watched by 2.8 million smart TV U.S. households over the Wednesday-Sunday period.

This is according to fresh stats from Samba TV which measures streaming viewership across 46 million TV devices with a panel of 3 million Smart TV households.

In the same breath, the Lana Wachowski-directed and co-written movie was the most pirated feature according to MUSO for the week of Dec. 20-26 with a 32.6% share of the top ten torrents, outpacing the clean-copy PVOD availability of Screen Gems’ Resident Evil: Welcome to Raccoon City (16.6%) and the rusty copies of Spider-Man: No Way Home shot by pirates in-theaters (12%).

All of this underscores the downside of the theatrical-day-and-date-in-home distribution model: Once you make clean copies available online, the movie can be duplicated several times in several languages. Thank God, Matrix Resurrections is the last movie which is part of WarnerMedia’s HBO Max day-and-date pandemic model for its event movies (we have yet to see how the studio will handle future adult-skewing Oscar bait titles). 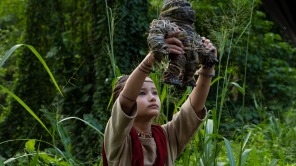 Among Samba TV numbers, Matrix Resurrections ranks behind the first 5-days of Warner Bros./Legendary’s Godzilla vs. Kong by 22%, that movie having pulled in 3.6M households from Wednesday to Sunday. That movie was one of the first tentpoles to open post NYC and LA’s cinema reopenings, earning $48.1M in its first 5 days.

In regards to 30-day numbers from Samba, Godzilla vs. Kong is the most watched theatrical day-and-date release on HBO Max with 5.8M households, followed by New Line’s Mortal Kombat with 5.6M and Suicide Squad with 5.1M. So there’s a chance that Matrix Resurrections could rank up in that echelon. The first weekend household viewership figure on James Gunn’s The Suicide Squad was 2.8M.  Also by comparison, Wonder Woman 1984, the first of the HBO Max-theatrical pandemic titles was watched by 2.2M households in its debut Christmas weekend a year ago.

In an apples-to-oranges comparison, what Matrix Resurrections drew its first 5-days is the same amount of viewers which Disney+’s day-and-date PVOD release of Black Widow took in over its first month, 2.8M. Again, Disney+ subscribers had to shell out $29.99 to see that Scarlett Johansson movie whereas Matrix Resurrections was available to HBO Max subscribers for free. 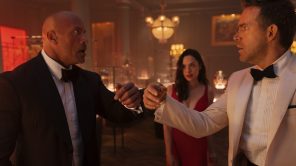 While WarnerMedia will claim that this whole model was temporary given hesitant moviegoers during Covid, and was designed so that they could watch movies from the safety of their own home, they’re unabashed to say the whole “Project Popcorn” (the plan’s secret nickname before becoming known to the public) was an effort to drive subscribers. However, making a movie available in both theaters and on TV is not experiential. And if you have a movie which isn’t favored by moviegoers (B- here in the case of Matrix Resurrections) available in both theaters and in homes at the same time, it’s a double-sinker. Best to window the movie with a premium start in theaters, even if it isn’t the most liked in the franchise, to spur some sort of demand in subsequent home windows.

Most studios have been yearning in pre-pandemic times to see the results of a theatrical day-and-date debut of a big tentpole. Well, here they are: lackluster and eroded by piracy. By comparison, streaming heavyweight Netflix saw 4.2M U.S. households measured by Samba TV watching its Dwayne Johnson-Gal Gadot-Ryan Reynolds heist action pic Red Notice in its first weekend back in mid-November. That’s arguably the most measured by Samba TV in the U.S. for any streaming feature.

In theaters, Comscore and Screen Engine’s PostTrak measured Matrix Resurrections pulling in 62% males, 57% between 18-34, with 46% Caucasian, 22% Hispanic and Latino, 17% Black and 17% Asian/other. Imax and premium large format screens, which were only booked for the Keanu Reeves’ pic’s first weekend, repped 22% of its business; $3.7M for Imax auditoriums only. Matrix Resurrections played best theatrically in the West.

Matrix Resurrections’ 5-day opening is the lowest for the 22-year old sci-fi franchise behind the 1999 first installment’s 5-day of $37.3M. The franchise opening record belongs to 2003’s The Matrix Reloaded which made $134.2M from Wednesday to Sunday.