Max Julien, best known for his starring role in the 1973 blaxploitation film The Mack, died Saturday on his birthday at his home in Los Angeles, according to his friends. He was 88 and no cause of death has been revealed.

“A statement from his public relations team praised his character. “During Julien’s decades-long career, he was known for being bold, honest and straightforward. He would live and speak his own truth both professionally and privately. He was thought of as a rare ‘man among men.” 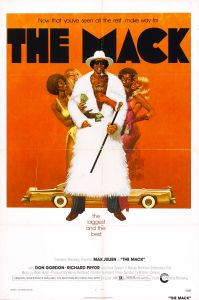 Julien’s role in The Mack became a classic, snips of it oft-quoted in hip-hop by such stars as Too Short, Snoop Dogg, Public Enemy and LL Cool J, among others.The film saw Julien play the part of “Goldie,” an ambitious young pimp from Oakland who faces off with corrupt cops and drug dealers after his release from prison. Richard Pryor plays his sidekick, adding to the film’s appeal.

Julien also had roles in The Black Klansman, Psych-Out, Uptight, Mod Squad, Getting Straight, and How to Be Player, and also helped create the Cleopatra Jones franchise.

“I met Max back in 1996. He was a great human being, and we had so many amazing conversations. He was brilliant and hilarious and charismatic… R.I.P” DFW’s caption accompanied an artistic rendering of Julien in his prime, depicting a classic scene from ‘TM.’

“My dear friend and incredibly talented actor writer and spirit guide has left his body. He was one of the most beloved people by all who knew him. He is survived by his loving wife annabella. rip big bro you will be missed ans im sure God will receive you with open arms.”

Survivors include his wife, Arabella Chavers. No memorial plans have been detailed as of yet.