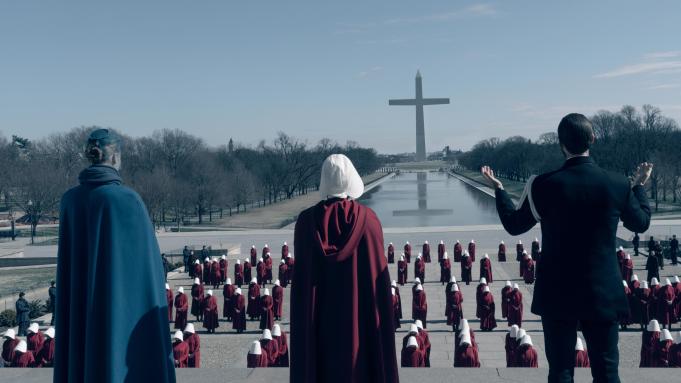 EXCLUSIVE: The process of integrating MGM into the broader Amazon universe is starting to gain momentum eight months after the $8.5B sale by the tech giant was completed.

Deadline understands that employees across MGM’s television and film business who have contracts have been offered one-year extensions as Amazon begins to bring the vaunted Hollywood studio inside its entertainment division. This follows the first step in combining the workforces which involved looking at the executive levels within Amazon Studios and MGM and aligning the structures at the two companies.

The new contracts for MGM staffers, who could opt out, go through December 31, 2023 when they would become at-will Amazon employees, sources tell Deadline. The move is designed to help with the integration process, making the switch more gradual. Amazon does not employ contracts, even at the top executive level and compensation is also structured differently, with a base and stock.

One-year contracts for the employees of an acquired company are somewhat standard procedure, especially in high-profile deals that go through extensive regulatory approval. Earlier this year, CAA extended similar proposals to ICM Partners staffers in the major agency acquisition.

This comes as there are still question marks about the leadership of the two major elements of MGM – the television and film studios.

On the film side, the company must replace Michael De Luca and Pam Abdy, who departed for Warner Bros. over the summer. Word has been that the former Warner Bros. President of Production and Development Courtenay Valenti, who spent 33 years at the studio with credits including the Lego franchise, the last four Harry Potter films and Elvis, has been in discussions. However, we hear that no formal contract talks have commenced.

Amazon brass, led by Prime Video and Amazon Studios boss Mike Hopkins, are also currently figuring out the structure of the television group.

We hear that Mark Burnett, Chairman of MGM’s Worldwide Television Group, is weighing his options. He is thought to have told people close to him that he’s leaving that role and there’s a suggestion that he will take a production deal with the company that he joined in 2015. But the man behind series such as Survivor, The Apprentice and The Voice, who re-upped his deal in 2018 through 2022, is also understood to be talking to others as he plots his next move. Conversations with Amazon bosses are ongoing, sources tell Deadline, and nothing has been finalized.

Michael Wright is currently President of MGM Scripted Television in addition to President of Epix, which is being rebranded as MGM+ in the new year. Rumor is that would continue running the cable network and streaming platform and could potentially be handed some new responsibilities.

It’s understood that the President of MGM Scripted Television job, previously held by Steve Stark, could once again become a separate position.

Under that scenario, Wright’s focus would be on the platforms side, which was given more charge this week with the order of a suite of Marvel series, including Spider-Man spinoff series Silk: Spider Society. This will be coupled with new commissions such as Hotel Cocaine, from Narcos’ Chris Brancato, and a follow-up to Julian Fellowes’ British period drama Belgravia, in addition to potentially some more, slightly smaller-budget scripted series.

No clear frontrunners for the potential TV studio role have emerged, but it is clearly a priority and speculation abounds.

Execs on the scripted television side are thought to be happy with the contract extension offer and see it as a reward and recognition for their hard work, bringing series such as Netflix’s Addams Family series Wednesday, which launches next week, to screen and keeping the likes of The Handmaid’s Tale, Fargo and the Vikings franchise running smoothly. Senior execs include Max Kisbye and Lindsay Sloane.

Their upcoming slate includes The Consultant, a dark comedy workplace thriller from Servant creator Tony Basgallop and WandaVision executive producer Matt Shakman, and starring Christoph Waltz, for Amazon with high-profile projects in the works such as Ohio, from Sam Levinson, with HBO, and Highfire, featuring Nic Cage, at Paramount+.

On the unscripted side, which is led by Barry Poznick, the company has a solid business with series such as NBC’s The Voice, ABC’s Shark Tank and CBS’ Survivor as well as new series such as Generation Gap on ABC and Business Hunters on CNBC, but hasn’t had a new breakout hit in recent years.

The company also has Big Fish Entertainment, which is enjoying huge success with On Patrol: Live at Reelz, and Evolution Media, which makes a number of The Real Housewives series, although its chief Alex Baskin stepped down over the summer.

Moves, at least on the television side, are expected to happen “sooner rather than later”, according to one person close to the situation.

Anthony D’Alessandro and Nellie Andreeva contributed to this story.