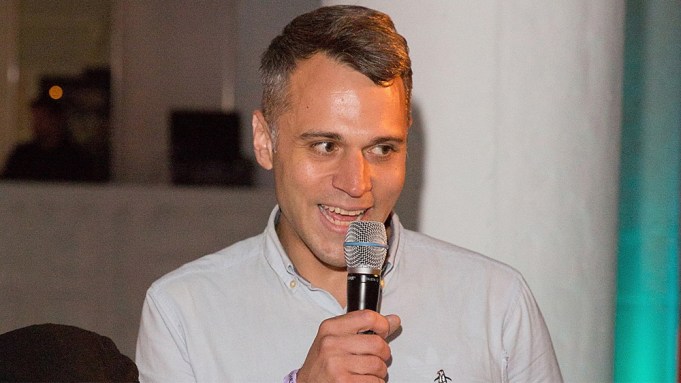 Michael Lehrer, a sketch, improv and stand-up performer whose credits included The Second City, has died of complications of ALS. He was 44.

Lehrer kept performing even after his 2017 diagnosis, appearing in Austin, Texas clubs in a wheelchair. He talked openly about his struggles with the disease on stage and on the comedy podcast Kill Tony.

Lehrer was selected as a New Face of Comedy for the 2014 Just for Laughs Festival. He helped create four original sketch revues for The Second City, including the Jeff Award winner for Best Revue, Sky’s The Limit (Weather Permitting). He also logged time in The Second City Touring Company, Second City’s Las Vegas outpost, and as part of Second City at sea on Norwegian Cruise Line.

During his time at Second City Las Vegas, Michael would regularly attend Las Vegas City Council meetings in open forum sessions to offer his “opinions” on a variety of topics.

Famously, on his last night at The Second City e.t.c., he hired a tattoo artist to give him a tattoo of a Brown Line El train on his back during his final improv set.

In addition to Second City, he was a cohost for BTNs Big Ten Tailgate and appeared on the syndicated improvised comedy Sports Action Team. Lehrer also contributed to The Chicago Tribune, the Second City Network, and appeared with iO Chicago, Chicago Underground Comedy, and the Brooklyn Brewery comedy tour.

Survivors include his son, Colin, and girlfriend Colette. No memorial plans have been revealed.