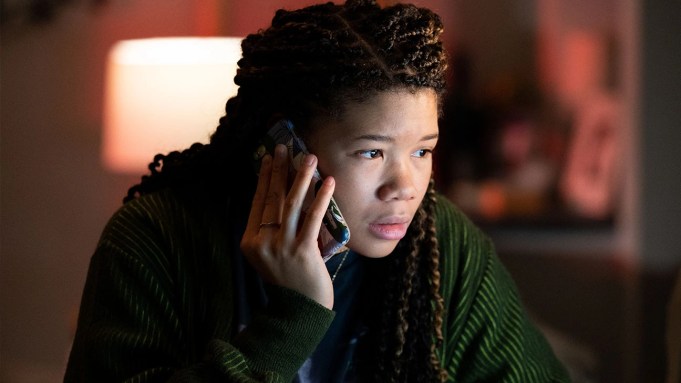 2018’s sleeper hit, Searching, showed you could create an effective edge-of-your-seat mystery thriller told exclusively through the use of the screens that dominate our daily lives in this century. It starred John Cho as a father whose 16-year-old daughter disappears, leading him to use all the tools of the internet to try and trace her steps in order to find her. Its follow-up, Missing, actually improves on that idea with a different story and set of characters, taking it several leaps further in creating a corker of a suspense picture that looks like what a filmmaking master such as Hitchcock might have made had he been an IT genius too.

Watching Searching, which was directed and cowritten (with Sev Ohanian) by Aneesh Chaganty, I kept thinking how the real stars of the piece were the film editors who had to put together a puzzle of images in order to create a coherent story. It makes sense then that the writing/directing reins of Missing have been handed to those two Searching editors, Will Merrick and Nicholas D. Johnson. They have not just stayed true to the spirit of the franchise they helped bring to life, they have taken it to a new level.

At its heart, this is really an old-fashioned detective story dressed up for contemporary audiences who will entirely relate to the idea of a movie told solely from the POV of screens, whether on our phones, our computers, our security cameras, our television sets, our watches, and all sorts of technological devices with screens on them that are spying on us 24/7. It is big brother in the extreme, and the ultra clever conceit of this franchise is as novel as they come, even employing a TV series in the midst of it all called Unfiction that cleverly mirrors the real tale as it unfolds..

The key plot is centered on June (Storm Reid), a young woman who discovers her mother Grace (Nia Long) has gone missing on a vacation trip to Colombia with her new boyfriend, Kevin, after meeting him on an online dating service.

When she can’t be contacted by normal means, June starts to panic, and slowly using the tools of her computer and other devices uncovers some uncomfortable truths, not only about Kevin after hacking into his emails and texts, but also her mother herself, who may not be exactly who she thought she was. The plotting gets very complex, as details of June’s life are also revealed in flashbacks, as we see she lost her father James (Tim Griffin) at a very early age, and then was brought up by single mom Grace.

Along the way, she enlists the help of her mom’s best friend, Heather (Amy Landecker), her BFF Veena (Megan Suri), and a Colombian man she befriends on the net named Javi (Joaquim de Almeida) who becomes integral to tracking down the couple when the search points directly to some specific tourist haunts in Colombia.

Later, as desperation kicks in, she hooks up with FBI agent Park (Daniel Henney), with the missing American woman becoming fodder for the feds, as well as pundits on the internet, when the story goes viral.

To say more, or add any spoilers, would be critical malpractice, so I will leave it at that, except to say the visual style and crackerjack editing by the new cutting team of Austin Keeling and Arielle Zakowski, not to mention a plausibly crafted screenplay and fine acting, really all add up to make this a highly entertaining thriller for a generation addicted to their devices.

It helps to have such an appealing lead in Reid, who carries the film handily, aided by the always fine Long (also seen this week in Netflix’s You People). Leung, who keeps us guessing whether he is a good or bad guy, and Griffin, who shows real range as her dad. de Almeida is a strong presence as well in his few scenes. Producers are Ohanian, Chaganty, and Natalie Qasabian. Timur Bekmambetov returns as an Executive Producer.