Mrs. Doubtfire is the latest Broadway production to go on hiatus on Jan. 10 following rising Omicron cases. Producers announced on Sunday that the show is set to return to the Stephen Sondheim Theatre on March 14. 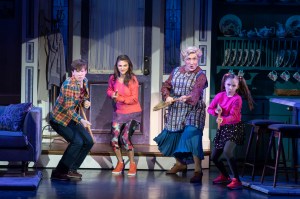 “The first few months of a brand new Broadway show are an extraordinarily delicate and important period of time.  With the pervasiveness of the Omicron variant of COVID-19, Mrs. Doubtfire would have to close permanently if the production didn’t take drastic, pro-active measures,” said producer Kevin McCollum in a statement.

“Out of concern for the potential long-term employment of everyone who works on Mrs. Doubtfire, and the extended run of the show, we have decided that following the January 9 performance, the production will close for nine weeks, returning on March 15,” he added.

McCollum is hoping the hiatus will prevent the production from “prematurely ending [its] run on Broadway. He said, “by taking this break, we can afford to launch an extended run starting in March.”