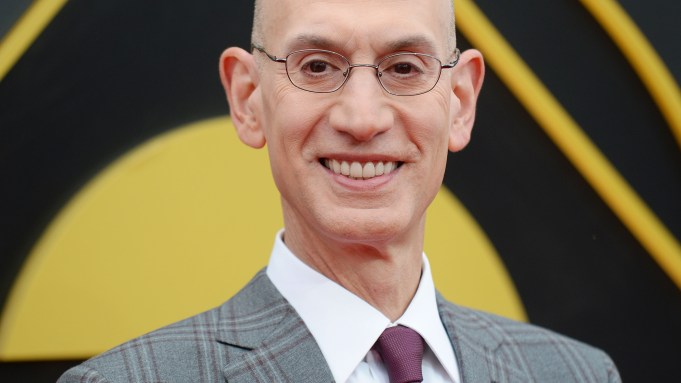 In an interview Thursday with the New York Times, Silver talked briefly about his meeting with Irving this week at the NBA’s office in Manhattan. The meeting followed a series of events where Irving promoted a film that contained anti-semitic tropes, then refused to apologize for that in a meaningful way. Irving is now suspended and has to meet six steps of contrition before he can be reinstated.

“We had a direct and candid conversation,” Silver said.“He’s someone I’ve known for a decade, and I’ve never heard an anti-semitic word from him or, frankly, hate directed at any group.”

But Silver added, “Whether or not he is anti-semitic is not relevant to the damage caused by the posting of hateful content.”

Silver talked to The Times after speaking at a conference in Washington, his first public appearance since the Irving incident started. He declined to elaborate on the discussion with Irving, citing an agreement to keep their talk private.

The commissioner did say at the conference that Amazon bore some responsibility for hosting the film on its platform.

“I think Amazon has to make decisions as well,” Silver said. He later added, “My first instinct wasn’t that something, to me, that is so frankly vile and full of hate speech would be contained within Amazon Prime.”

Silver said at the event that the social media post had done “enormous damage” to Irving and “potentially” to the team and the league.

On Thursday, more than 200 entertainment figures signed an open letter to Amazon urging it to remove the “Hebrews to Negroes” film that Irving promoted and the book it is based on from the platform.

The Nets will decide when Irving can return to the team “in consultation with the league,” Silver said.

But some players are starting to wonder if Irving’s punishment was too harsh. Among them is Lakers forward LeBron James.

“I told you guys that I don’t believe in sharing hurtful information,” James said in a Thursday tweet. “And I’ll continue to be that way, but Kyrie apologized and he should be able to play, That’s what I think. It’s that simple. Help him learn — but he should be playing. What he’s asked to do to get back on the floor I think is excessive.”

James said of Irving, “He’s not the person that’s being portrayed of him.”