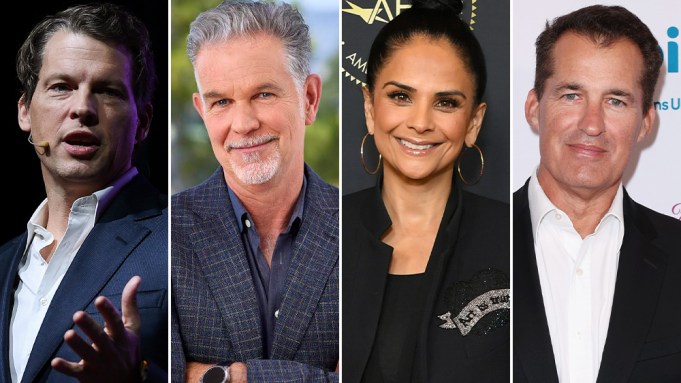 Netflix has a new Co-CEO.

Greg Peters, who was previously COO, has been promoted to the role, shared with Ted Sarandos. It comes as Reed Hastings steps down to become Executive Chairman.

Hastings, who co-founded the company, said that the new role is one “founders often take”, referencing Jeff Bezos and Bill Gates, after they “pass the CEO baton to others”.

Peters joined the company as 2008 and was first International Development Officer before eventually becoming COO in July 2020, three years after assuming the role of Chief Product Officer.

He made his bones by piloting the Netflix jump from physical DVDs to streaming and more recently overseeing its move into advertising.

Sarandos said, “I want to thank Reed for his visionary leadership, mentorship and friendship over the last 20 years. We’ve all learned so much from his intellectual rigor, honesty and willingness to take big bets – and we look forward to working with him for many more years to come. Since Reed started to delegate management to us, Greg and I have built a strong operating model based on our shared values and like-minded approach to growth. I am so excited to start this new chapter with Greg as co-CEO.”

In terms of Bejaria and Stuber’s new titles, it’s not entirely clear of the reporting structure.

Sarandos said, “Bela and Scott are outstanding creative executives with proven track records at Netflix. In 2022 we premiered many of our most popular series and films in Netflix history, including Wednesday, Glass Onion: A Knives Out Mystery, Purple Hearts, Monster: The Jeffrey Dahmer Story, The Adam Project and Harry & Meghan – a testament to their leadership and creativity. I couldn’t be more excited to work alongside them as we seek to delight audiences for years to come.”