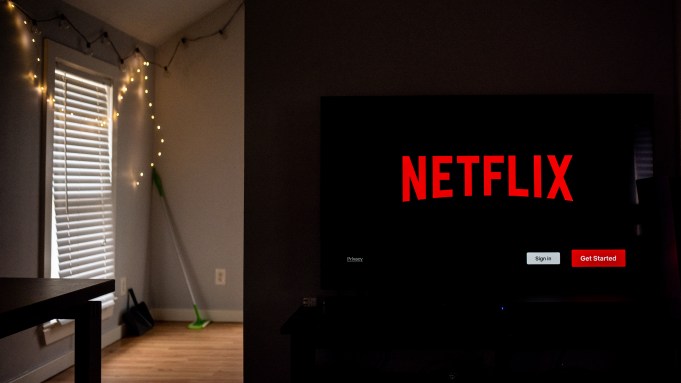 Netflix, after pulling itself out of a grueling series of setbacks in the first part of 2022, will face another test Thursday afternoon when it reports fourth quarter financial results.

In addition to kicking off quarterly earnings season for media and entertainment companies, the report will usher in a year of increased scrutiny for the streaming business. Having moved mountains (and billions of dollars) to try to compete with Netflix after years of letting it run away with the streaming game, media companies are still very early in their direct-to-consumer orientation process.

“Rather than being the new sliced bread, investors and executives have accepted that streaming is, in fact, not a good business – at least not compared to what came before,” MoffettNathanson analyst Robert Fishman wrote in a note to clients this week. “But that pre-streaming era is now long gone and not coming back. If streaming is a mediocre business, so what? We are in a streaming age now.”

Netflix is predicting it will add 4.5 million subscribers in the quarter, reaching 227.6 million global subscribers. Even if it hits that target, the gain would be the smallest during the holiday quarter since 2014. The company added 8.3 million in the comparable period in 2021.

Programming milestones during the quarter, certainly, including the meteoric success Wednesday, have the potential to boost the subscriber tally. But profits are due to decline markedly from a year ago, with analysts’ consensus calling for earnings of 44 cents a share, down from $1.33 in the 2021 quarter. Revenue has also been squeezed, with Wall Street’s consensus of $7.8 billion only a touch higher than $7.7 billion a year ago.

A major theme in the company’s previous earnings report last October, was that Netflix execs believed they were on “a path to reaccelerate growth” after two disastrous backwards quarters earlier in the year. Even so, the cost of content continues to weigh heavily. Netflix has said it plans to hold content spending steady at $18 billion a year, though for a go-go tech player flat is the new down.

Two major issues expected to figure prominently in the company’s shareholder letter and video interview with executives (Netflix’s version of the traditional conference call) are password sharing and advertising. After years of ignoring or even winking at the practice of passing along log-in credentials, the company has decided to stop letting subscribers do so at no extra charge. Co-CEO Ted Sarandos conceded at a December appearance at a conference hosted by UBS that the company can expect some complaints. “Consumers aren’t going to love it right out of the gate,” he said, “but we need to show them why they should see value.” Many Wall Streeters see an influx of several billion dollars in new revenue if the company is able to manage the process effectively.

Advertising, similarly, is widely seen as a contributor to top-line growth even as the overall trajectory of subscription gains starts to flatten. Early indications about the progress of the cheaper subscription tier with advertising — introduced last November after a stunning reversal of the company’s longtime stance against ads — are that its traction is minimal. Financially, the mid-quarter launch in 12 territories was never expected to be a game-changer in the quarter, but many ears will be listening closely for early descriptions of the effort.

Eric Sheridan, a veteran tech industry analyst with Goldman Sachs, described the start to Netflix’s $7-a-month subscription business as “muted” at best. In a note to clients, he questioned the extent of the upside of the effort. “We expect a host of large scaled brand advertisers will adopt the offering but its
current framework (large minimum commitment, above industry pricing and limited measurement) could cap the advertising dollar opportunity (absent a wider scale of users, greater measurement/attribution),” he wrote. “In addition, we remain concerned that additional subscriber offerings could cause ‘spin down’ into the lowest priced plans by users in any potential consumer recession over the next 6-12 months.”

Sheridan considers Netflix a “show-me stock” and rates shares a “sell.” Taking the opposite view is Cowen & Co.’s John Blackledge, who sees a “large ad opportunity” as a catalyst for shares. In a Cowen survey, Blackledge reported, one-third of digital ad buyers indicated they plan to buy space on Netflix.

One investment firm known for years as a Netflix bear, Wedbush Securities, has become a bull. In a report this week, the firm’s Alicia Reese and Michael Pachter argue that the company is “well-positioned in this murky environment as streamers are shifting strategy, and should be valued as an immensely profitable, slow-growth company.”

Investors so far this year appear willing to tune in to the Netflix story. The company’s stock has risen almost 13% in 2023 thus far, closing today at $326.33.