Apax Capital Group, a new film fund backed by the Italian government, an Italian insurer and a consortium of other investors, says it plans to spend €1.5 billion (about $1.7B) over ten years on films shot and/or completed in Europe, primarily Italy.

The venture is led by producer Yona Wiesenthal (Shtisel, Footnote, Beaufort, Allegiance, Google Baby), former CEO of the Israel Broadcast Authority and content chief at Israeli DBS platform YES, and by Augusto Pelliccia, Italian film financier and CEO of Augustus Group. They are investors in the fund along with studios, production facilities and film commissions in Italy, Spain and Morocco.

They tapped New York real estate entrepreneur Noam Baram as an equity partner in North America to scout for projects by U.S. producers that can be shot in Europe and Italy. He’s currently setting up Apax Capital’s presence Stateside with a few staff between NY and LA. Apax Capital (no relation to big private equity firm Apax Partners) will back 10-12 films a year by U.S. producers with budgets between $5-$20 million, Baram tells Deadline.

Chris Noth Now Also Accused Of 2002 Sexual Assault; 'Sex And The City' Stars Urged To Speak Out For Rape Victims

Production will be fully financed, and draw on Italy’s national and regional tax credit program that grants film and TV projects up to 35% of budget spent locally as a convertible tax credit voucher.

Post production will also be fully financed if work is done at Augustus Studios facilities.

Cattolica Insurance, a newly acquired subsidiary of Gruppo Generali, is also an investor in the fund. The company and its manager Ilaria Faro, through Gruppo Natalucci & Partners, will oversee and insure the tax credit cash flow. 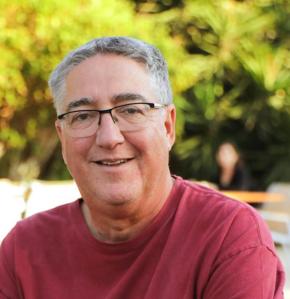 “It is our mission with Apax Capital Group to provide a financial solution to filmmakers and television producers to not only complete their productions, but also secure distribution and sales,” said Wiesenthal. “This deal is an example of our strategy of finding new and original ways to finance projects through joint ventures and completion financing. Italy, along with several other countries in Europe, provides not only an incredible location with high-level services, but also considerable tax credit programs.”

The consortium’s first deals include one with Cinatura, the production company of Kees Kasander (Fish Tank; The Cook; The Thief, his Wife & Her Lover; 8 ½ Women) to finance and complete Peter Greenway’s next four films — Walking to Paris, currently in postproduction; Lucca Mortis, scheduled to start shooting in late winter 2021; an Antonio Vivaldi project The Food of Love; and the Hieronymus Bosch project.

Apax also has a deal in place to finance director Hagar Ben Asher’s feature The War Has Ended, expected to be shot in Italy. (Won the development prize for Best Script at the 2018 Berlin Film Festival.)

Meanwhile, Baram and surrogates working with him who are close to the film industry are starting to scout scripts and potential productions in the U.S. to bring overseas. “The American market currently has a vacuum in financing films ranging from $5 to $20 million dollars. These films are targeted by Apax since some can be produced in Europe or at the very least can have the postproduction done there,” said Baram. “The U.S. is still the largest market in the world for films and together with Apax we will strive to help finance award winning films.”