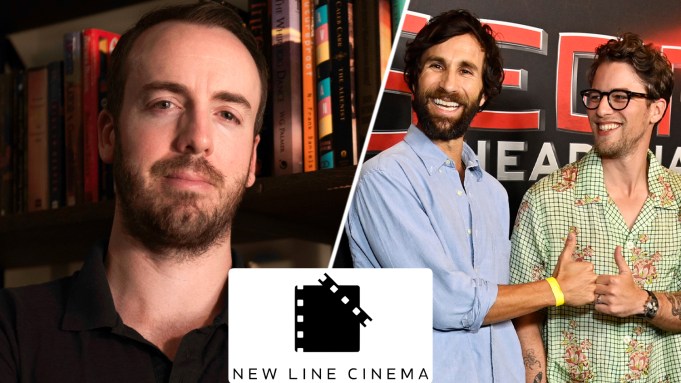 Undo follows a former getaway driver who comes into possession of a watch that allows its user to go back in time, but only by one minute.

Simmons is currently adapting Robert Kirkman’s acclaimed sci-fi/action graphic novel Hardcore for Universal with Skybound producing and Adam Wingard (Godzilla Vs Kong) directing. He recently wrote for the Sleepy Hollow remake for Paramount and Todd Garner, as well as a reboot of Internal Affairs also at Paramount. Prior to that, he adapted the acclaimed graphic novel Day Men for Universal and Boom! Studios, as well as the original superhero action thriller Defenders for Warner Bros. with Donald De Line producing. Additionally, Simmons wrote Murder City, which is in post-production, for Village Roadshow with Michael D. Olmos directing and Mike Colter starring. Simmons is represented by CAA, Grandview, and Rob Goldman at McKuin Frankel Whitehead LLP.

Joost and Schulman previously helmed Project Power for Netflix starring Jamie Foxx and Joseph Gordon-Levitt, and most recently, the Owen Wilson family film Secret Headquarters, which is the most watched original movie for Paramount+.

Joost and Schulman will also executive produce alongside Orlee-Rose Strauss through their Supermarché banner. The duo are repped by CAA and attorney James Feldman at Lichter, Grossman, Nichols, Adler and Feldman.