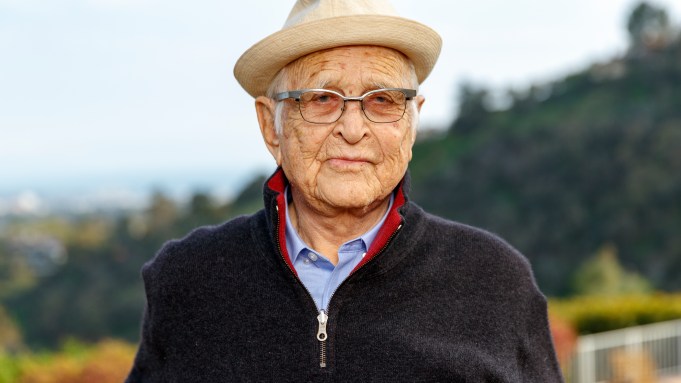 Norman Lear is 100 years old, yet the five-time Emmy winner still remembers the chilling moment more than 90 years ago when he says he heard “the vicious, Antisemitic voice of Father Coughlin railing against American Jews.”

Coughlin was a popular radio preacher in the early part of the 20th century who blamed the country’s problems on “international bankers…the media…communists,” all of which were coded references to age-old lies about Jewish cabals out to take over the world. In the days after the 1938 reign of violence in Germany known as Kristallnacht, Coughlin defended the Nazi regime.

Earlier this week, former President Donald Trump claimed on social media that American Jews need to “get their act together” to show appreciation for Israel “before it’s too late.” ADL President Jonathan Greenblatt told CNN that Trump’s warning sounded like a threat.

The former president went on to say American Jews’ sense of gratitude should also extend his way.

“No President has done more for Israel than I have,” Trump wrote on social media, likely referencing in part his decision to move the U.S. Embassy to Jerusalem. “Somewhat surprisingly, however, our wonderful Evangelicals are far more appreciative of this than the people of the Jewish faith.”

Today Lear wrote that Donald Trump’s “appalling words about American Jews” took him right back to that moment in the ’30s with Father Coughlin.

“I am nine years old again,” he wrote, before connecting the moment to another seminal period in his life — and the life of the country.

“I’m confident that that horrifying moment resulted in my early enlistment in WWII and the 52 combat missions over Nazi Germany that followed,” Lear stated, making the connection between U.S. antisemitism and the Nazi regime.

I was 9 years old when my dad was found to have committed fraud & was sent to prison for a few years. Alone in bed one night, my father away, I was playing with a crystal set radio and came across the vicious antisemitic voice of Father Coughlin railing against American Jews. 1/3

I’m confident that that horrifying moment resulted in my early enlistment in WWII and the 52 combat missions over Nazi Germany that followed. 2/3

Today, having recently turned 100, I read Donald Trump’s appalling words about American Jews, and I am nine years old again. The phrase, a horse’s ass, was an everyday expression when I was nine and it occurs to me again now. 3/3