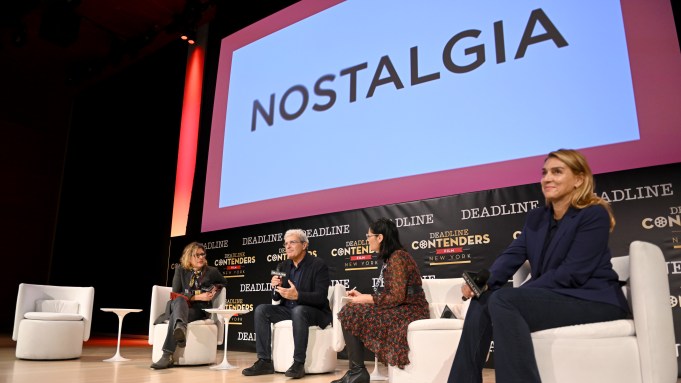 Nostalgia, which premiered this year at the Cannes Film Festival, follows Felice Lasco, played by Pierfrancesco Favino, who, after living 40 years abroad, returns to Naples and rediscovers places and codes of the city, facing a past that eats him away. Last month Breaking, Glass Pictures acquired North American rights to Nostalgia, which is Italy’s entry for the International Feature Oscar.

“It’s a mysterious book,” he said. “Maybe you can think of it as a mobster story because of course there is a criminal situation between Felice and another character, but that is just one level of the story. The sound of the story (was strong) and the character is not a hero.”

“I was also very impressed by the human side of Felice,” said Di Majo onstage. “(He is) somebody whose roots were torn. He had to go away by force and almost forgot where he came from. He forgot his language. So, this separation was violent. And then there’s a theme of going back in a nostalgic way. The other element that really impressed me in this character who’s a man, is his feminine side. There is the possibility of sweetness in him in the way he takes care of his mother. In terms of the care of a physical body in Italy, traditionally, that’s considered the job of a woman, whereas in this case, we see Felice taking that on, so his feminine side is very important.”