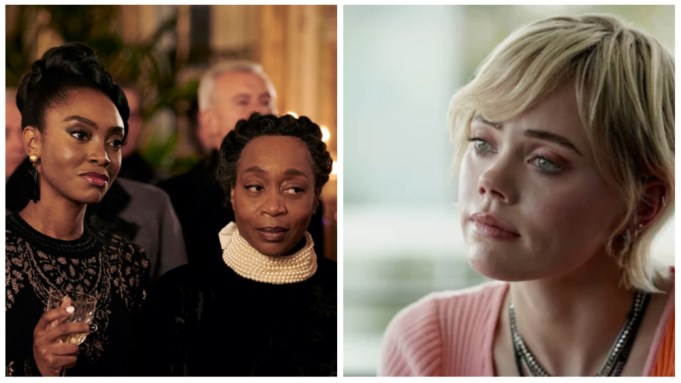 EXCLUSIVE: A pair of YA drama series are coming to an end at Peacock.

The NBCU streamer has cancelled One Of Us Is Lying and Vampire Academy.

One Of Us Is Lying ran for two seasons, while Vampire Academy, which comes from Julie Plec, has ended after one.

Deadline understands that execs at Peacock were happy with both shows creatively but they just didn’t find the requisite audience to justify further seasons.

One Of Us Is Lying, which is based on Karen M. McManus’ novel, launched in October 2021 and was the first Peacock pilot to go to series. It was renewed for a second season earlier this year that aired in October 2022.

Vampire Academy was handed a straight-to-series order in May 2021 and premiered in September 2022.

One Of Us Is Lying, from UCP, follows what happens when five high schoolers walk into detention and only four make it out alive. Everyone is a suspect, and everyone has something to hide.

The first season solved the mystery of Simon’s death and the second season picks up after the season one finale rather than following McManus’ sequel novel, One of Us Is Next, which is set one year after.

Erica Saleh, who adapted the novel and wrote the pilot script for the series, took over as showrunner for season two, replacing Darío Madrona, co-creator of Elite, who will remain on the show as an executive producer. The series is also executive produced by John Sacchi and Matt Groesch of 5 More Minutes Productions who developed the pilot, alongside Saleh, Jan Oxenberg, Molly Nussbaum and Bill Johnson.

The show airs as a Netflix exclusive in a number of international markets, including in the UK, India, South Korea, Brazil and Japan.

UCP is exploring other options for the series to continue.

Vampire Academy comes from Julie Plec and Marguerite MacIntyre, and is based on Richelle Mead’s book series.

Written by MacIntyre, Vampire Academy is set in a world of privilege and glamour, where two young women’s friendship transcends their strikingly different classes as they prepare to complete their education and enter royal vampire society. This serialized and sexy drama combines the elegance of aristocratic romance and the supernatural thrills of the vampire genre.

Vampire Academy is produced by Universal Television, a division of Universal Studio Group. It also did well internationally, selling to more than 100 territories around the world. Similarly, the studio is exploring other options for the show to continue.

The cancellations are not a huge surprise and come as the streamer is moving into its next phase of development.

Peacock has a hot month with the launch of Best Man, which is thought to have done well for the network and Rian Johnson’s case-of-the-week mystery series Poker Face starring Natasha Lyonne coming up. It also launched the delightfully weird series Paul T. Goldman.

Plec is already developing her next project at Peacock. She and her Vampire Academy co-exec producer Adam Starks have set up Freeman, a mystery drama series set in a small, picturesque town in Georgia, at the streamer after the NBCU streamer won the project in a competitive battle.

The streamer also recently ordered a contemporary horror thriller based on Robert McCammon’s Stinger from writer Ian McCulloch (Yellowstone), Atomic Monster’s James Wan (The Conjuring Universe) and UCP, has other upcoming titles such as Based On a True Story starring Kaley Cuoco and Mrs. Davis from Damon Lindelof and Tara Hernandez.