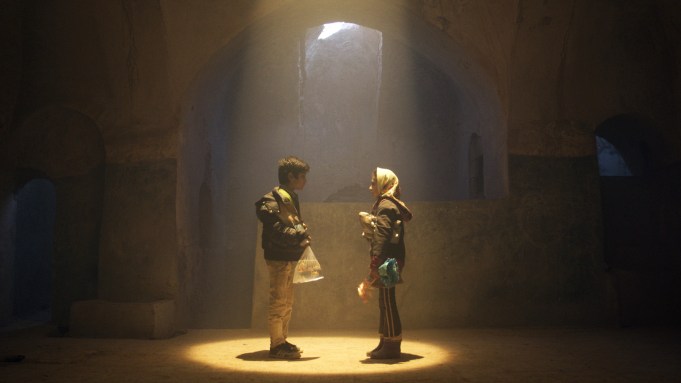 British-Iranian filmmaker Hassan Nazer’s latest film Winners has been selected as the UK’s entry to the Best International Film category.

Written and directed by Nazer, the film is set in a poor Iranian village where the children work hard to support their families. One day nine-year-old Yahya and his friend Leyla find a precious statuette in the desert. As the authorities search for the lost treasure, sharing a passion for cinema Yahya’s boss Nasser Khan decides to help the children find its owner.

Winners was fully financed in Scotland with support from Creative Scotland and shot entirely in Iran with 100% Farsi dialogue. Post-production was conducted in Scotland. The film debuted at the Edinburgh Film Festival in August, where it picked up the Audience Award.

The film was selected by BAFTA, the organization appointed by the American Academy to choose the UK’s submission for the International Feature category. To be eligible, a British film must be predominantly non-English language and released theatrically in the UK between 1 January and 30 November 2022.

Past British films submitted to the International Feature race include Dying to Divorce (Chloe Fairweather), The Boy Who Harnessed The Wind (Chiwetel Ejiofor), I Am Not A Witch (Rungano Nyoni), My Pure Land (Sarmad Masud), Under the Shadow (Babak Anvari), and Metro Manila (Sean Ellis).

Winners will play the Raindance Film Festival in London later this month before a limited UK release in November.

Here are the International Oscar entries so far: