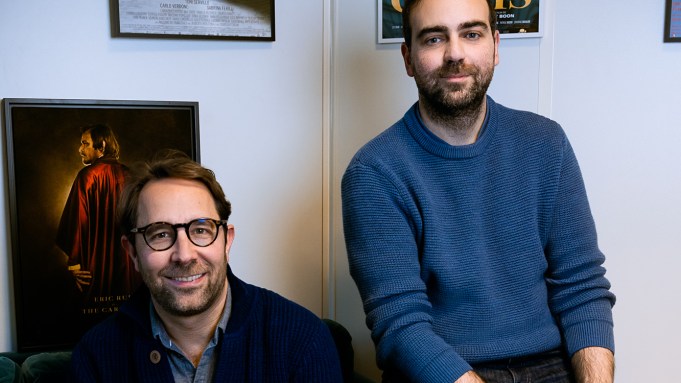 French studio Pathé and film and TV financier and producer Logical Pictures have announced a three-year co-production and co-financing deal.

The operation involving Logical Content Ventures, a new fund operated by Logical Pictures, will see Pathé open up the financing of its films to private investors for the first time in its history.

Under the deal with Pathé, Logical Content Ventures will contribute to the financing of all films produced and acquired by Pathé between 2022 and 2024.

The aim is to co-finance and co-produce more than 20 pictures together with the first projects being released as soon as Spring 2023.

The move comes in the wake of Pathé’s ambitious strategy to ratchet up involvement in bigger tentpole moves for theatrical distribution.

The drive has seen the French studio get behind potential French blockbusters such as the upcoming The Three Musketeers; Guillaume Canet’s long-awaited sequel Asterix & Obelix: the Middle Kingdom and big-budget European co-productions by top auteurs such as Matteo Garrone’s Io Capitano and Kirill Serebrennikov’s English feature debut Limonov: the Ballad of Eddie.

“Cinema keeps reinventing itself following the recent pandemic-stricken years. It is key to find new ways to finance films and ever-growing cinematic ambitions to adapt to the changing market,” said Ardavan Safaee, President of Pathé Films.

“Our partnership with Logical Pictures will allow us to secure a substantial investment capacity in order to produce more ambitious films,” he added.

The Logical Pictures Group was launched in 2016 and has become a leading player in film and TV equity. It produces, finances, and distributes all types of content, in France and internationally.

A first €10M financing round has already been announced, which allowed Logical Content Ventures to finance six projects. These include the Alexandre Aja-produced Night of the Hunted, which is scheduled for release in 2023, and the thriller Berlin Nobody, produced by Ridley Scott.

“We are happy and proud to partner with Pathé, an iconic studio and a true leader in our industry in France and abroad. Logical Content Ventures, currently in fundraising, is a unique way for third-party investors to invest in films produced by Pathé,” he added.

Fiore said the fund offered private investors a way to invest in a “resilient and acyclic asset” that had benefited from the steamer-driven content boom.

“It is also a great way to contribute to the inception of a library with long-term value like Pathé has managed to do over the past decades,” explained Fiore.