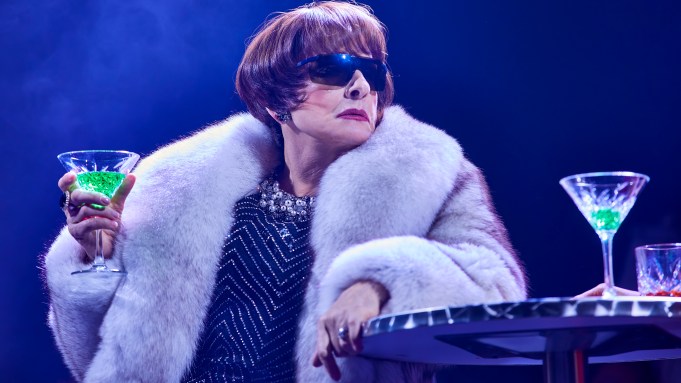 UPDATE, with LuPone statement Triple Tony winner and stage icon Patti LuPone says she’s given up her Actors’ Equity card, a move that could signal an end – or at least a long break – to her celebrated Broadway stage career.

“Quite a week on Broadway, seeing my name being bandied about. Gave up my Equity card; no longer part of that circus. Figure it out,” writes LuPone in an apparent reference to last week’s controversy over Hadestown star Lillias White reprimanding an audience member from the stage.

“When the run of Company ended this past July, I knew I wouldn’t be on stage for a very long time,” LuPone said in a statement obtained by Deadline. “And at that point I made the decision to resign from Equity.” A spokesperson for LuPone said the actor would have no further comment on the matter.

The Hadestown incident, in which White mistook a captioning device used by an audience member with hearing loss for an illegal recording device, drew many social media comparisons to LuPone’s show-stopping dressing-down of a flash-camera user during a 2009 performance of Gypsy. More recently, LuPone took to task a maskless audience member at a post-show talkback session for Company.

Deadline has reached out to spokespersons for Equity.

An Equity card is required of all performers on Broadway and at most major theatrical venues in the country.

LuPone most recently appeared on Broadway in last season’s Company, winning her third Tony Award for the performance (she previously won for Gypsy and 1980’s Evita). She also has a long and prolific TV career, and will next be seen in the upcoming American Horror Story: NYC.

Quite a week on Broadway, seeing my name being bandied about. Gave up my Equity card; no longer part of that circus. Figure it out.