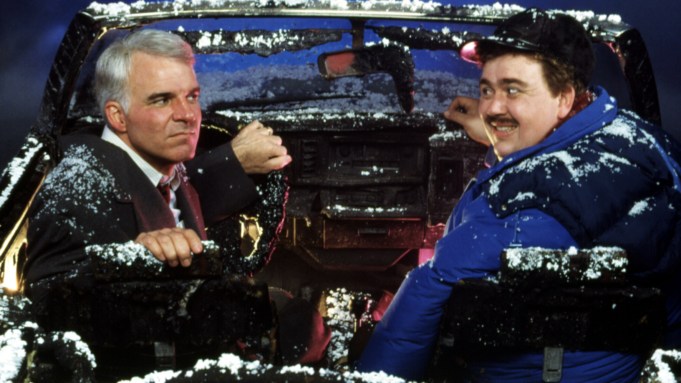 Just in time to take home for the Thanksgiving holiday, an updated version of the classic film Planes, Trains and Automobiles is being rereleased with more than an hour of additional footage.

The film details the struggles of Martin and Candy to get home to Chicago after their plane is rerouted to Wichita, Kansas. Hilarity ensues, capped by a touching final scene

The bonus Blu-Ray disc also features Dylan Baker’s audition for the character of Owen, who provides a ride in his orange pickup truck, as well as a tribute to the late John Candy and a two-part documentary about director John Hughes.

Hughes wrote and directed the film, which was originally released on Nov. 25, 1987, and was re-released by Paramount Home Entertainment for its 35th anniversary on Tuesday.

BIG NEWS: The new 4K release of PLANES TRAINS AND AUTOMOBILES contains the legendary 75 minutes of deleted scenes that have been whispered about for decades. Finally, witness John Candy smoke and eat a hot dog at the same time. pic.twitter.com/cW3mv33pJZ