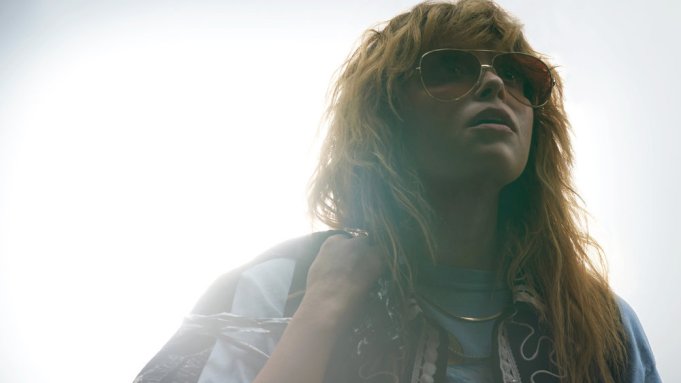 Debuting with four-episodes tomorrow and then dropping the rest of its 10-episode first season weekly, the one-hour drama could prove the dramatic reset the sports focused Peacock has needed since Day One.

Part of that is clearly the combined star power and skills of the Russian Doll star and the Knives Out director, along with a wonderfully villainous Benjamin Bratt and an old school awards show phalanx of guest stars. True to the talent on both sides of the camera, Poker Face’s winning hand has a lot to do with how well-crafted and constructed it is.

However, besides a beat-up Plymouth Barracuda, Rockford Files trailer home homages and all, the wider appeal of Poker Face is that it is a confident show for grown-ups that younger viewers who never knew the golden era of TV detectives will dig too. Created by the man who gave us Benoit Blanc, the architecture of the show is strong with the crime and the criminal made obvious from the jump. Strong, but the tenet that Lyonne’s Charlie character has the confounding ability to tell when people are lying is narrative Krazy Glue.

Put simply, and well within context, there is a Hell of drinking game to play watching Poker Face to capture the moment when Charlie realizes who is BSing her or not – and that’s such a good time you’ll almost forgive the ads on Peacock.

No need to recap and bastardized Johnson and Lyonne’s work, but suffice to say there’s a casino, there’s a murder, there’s a scam, there’s a suicide & Lyonne’s hard drinking human lie detector Charlie has to go on tbe run in backroads America. Hijinks and raspy one-liners ensue, as Charlie careens from one small town, bad situation and howdunit to another like a squared away version of Royal Trux’s Jennifer Herrema mixed with Police Woman’s Sergeant Pepper Anderson and Kung Fu’s Kwai Chang Caine plus some Tom Waits on the soundtrack.

Choreographed down to every procedural muscle, with Burn Notice references, Pulp Fiction cameos, BBQ and 70s activism strategically tossed in, Poker Face is even more bold face than Wim Wender’s Wings of Desire in its well-deserved love of Columbo and Peter Falk. For all the healthy doses of Richard Levinson, William Link and some Stephen J. Cannell running through its gumshoeing and road tripping veins, the Nora and Lilla Zuckerman showrun series has a few other secret weapons up it sleeves.

Under the table, Poker Face has a healthy dose of f*ck-it fun and cultural critique that has been absent from the smarter corners of the small screen for too long.

So, pull up a seat, scroll down past the Premier League offerings, and shuffle the deck.