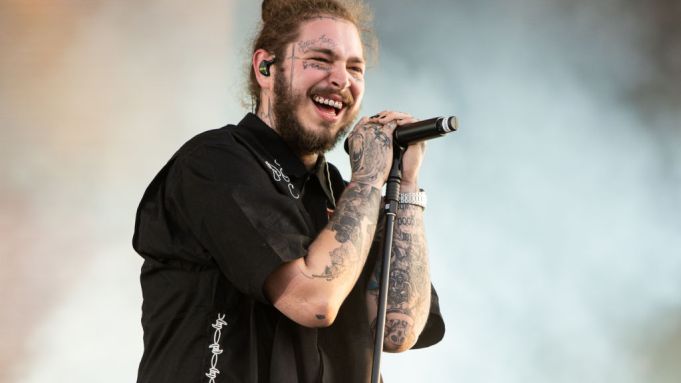 UPDATE: Post Malone issued a video apology to Twitter today, revealing that he’s okay after getting out of the hospital from injuries suffered in a stage fall (see below for details).

He ended by thanking fans for hanging around, “Even though I got my ass kicked by myself,” he said with a smile.

love you guys so much 💕 pic.twitter.com/eneJWf30fM

EARLIER: Singer Post Malone suffered apparent injuries to his ribs Saturday night after taking a hard fall on stage during a show in St. Louis.

Malone was performing “circles” when he tripped on an uncovered hole in the stage that was used to lower equipment. He laid on the stage for several minutes after the fall as medics assisted him. He eventually stood and was helped off the stage, but told the crowd he would return.

After a 15-minute delay, he came back and resumed with an abbreviated set, holding his ribs and visibly wincing at times.

The tour has just started for Post Malone, with dates planned tonight through the middle of November. No statements on his condition or the status of those shows has been issued as of yet.