EXCLUSIVE: Director Rob Hardy is cranking up the power with a new first-look deal with Lionsgate and Power creator Courtney Kemp’s End of Episode Productions.

“Rob is a brilliant director and a tremendous creative force,” Kemp told Deadline. “It is my great pleasure to have the opportunity to continue our collaboration, and I look forward to a bright future together bringing more series to the screen, with BIPOC representation both on camera and behind the scenes,” the Power Book II: Ghost showrunner and EP added.

Under the provisions of the multi-year agreement the Ghost Season 1 finale helmer will direct more of the evolving Powerverse, along with other Lionsgate shows. The deal also sees Hardy and his Rainforest Entertainment producing partner Mitzi Miller develop and oversee original shows for the studio and Kemp’s shingle.

“I’m thrilled to partner with Lionsgate in directing other series from their robust television portfolio as well as continuing to expand the world of Power” said NAACP Image Awards nominee Hardy. “Lionsgate, Starz and End of Episode truly champion their talent and diverse stories, which makes this partnership so exciting. Mitzi and I can’t wait to develop and bring more engaging and entertaining premium series to television audiences.”

“Rob is an incredibly talented director and an absolute pleasure to work with. His keen artistic vision and expertise helped bring some of the most riveting episodes and performances to the Power Universe,” Lionsgate Television Group Chairman Kevin Beggs stated today. “We look forward to expanding our relationship with him and his producing partner Mitzi, and working together on more great and bold television content.”

In addition to his work on the Power spinoffs, such as the upcoming Power Book III: Raising Kanan opener airing later this year, Hardy has been behind the camera on an array of projects such as the CW’s All-American pilot, BET’s Quad, ABC’s How to Get Away with Murder, Fox’s Prodigal Son, CBS’ Evil, ABC’s Black-ish and Showtime’s now concluded Shameless. On the big screen, the Verve repped filmmaker has been an executive producer on No Good Deed, Think Like a Man, Stomp the Yard and directed The Gospel and Pandora’s Box. 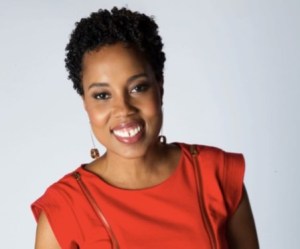 As well as her role as Rainforest’s Head of Development, former Ebony and Jet Editor-in-chief Miller has authored five books, including The Angry Black Woman’s Guide to Life. The Miller co-authored publication was adapted into the 2019 BET movie, Angrily Ever After, which the writer and exec EP’d.

For the books, Kemp signed a hefty new overall deal with Lionsgate back in late 2018.