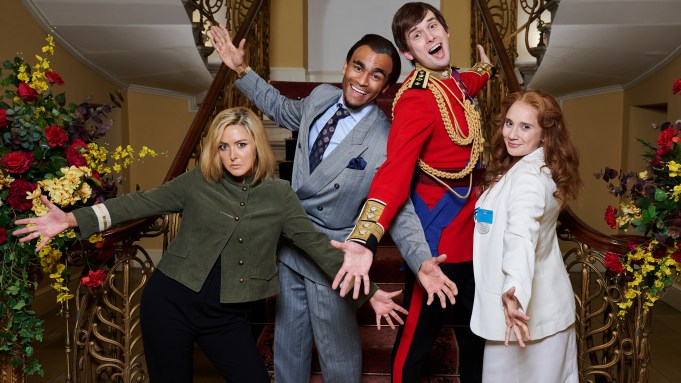 Maitlis’ bombshell BBC interview on Newsnight with Prince Andrew, in which the royal denied a friendship with convicted paedophile Jeffrey Epstein and made several eyebrow-raising statements, led to cascade of events that saw him step back from royal duty.

Maitlis has since left the BBC and was credited for delivering a barnstorming MacTaggart at this year’s Edinburgh TV Festival. The musical special will feature a reimagining of her interview with Prince Andrew, with emerging British comedy star Sidi (Starstruck, Pls Like Me) playing the journalist.

Kieran Hodgson (Two Doors Down), who has written the show to a musical score along with Freddie Tapner, plays the royal and will focus on events, relationships and controversies in his life.

The program was first unveiled in August at the Edinburgh TV Festival.