You can’t outrun your legacy, it seems. Showtime has unveiled the first trailer for its feature film follow-up to Liev Schreiber-fronted drama Ray Donovan.

The network has also dated the movie, launching it on Friday January 14 at 9pm.

This comes almost exactly two years since the season seven finale aired on the premium network, which canceled the show after the final episode.

The film picks up where season seven left off, with Mickey, played by Jon Voight, in the wind and Schreiber’s Ray determined to find and stop him before he can cause any more carnage. It will also weave together the present-day fallout from the Donovan/Sullivan feud with Ray and Mickey’s origin story from 30 years ago. 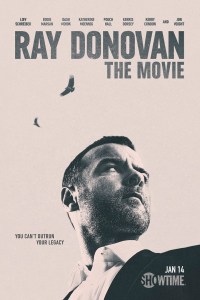 Schreiber co-wrote the script with series showrunner David Hollander, who directed the film.

Showrunner Hollander admitted at the time that the show’s creative team had been blindsided by the decision as the seventh season had not been planned as a final chapter.

“We did hear from fans, and we are nothing if not responsive to our audience. I think this Ray Donovan two-hour movie will go a long way to making that landing more graceful,” he said.