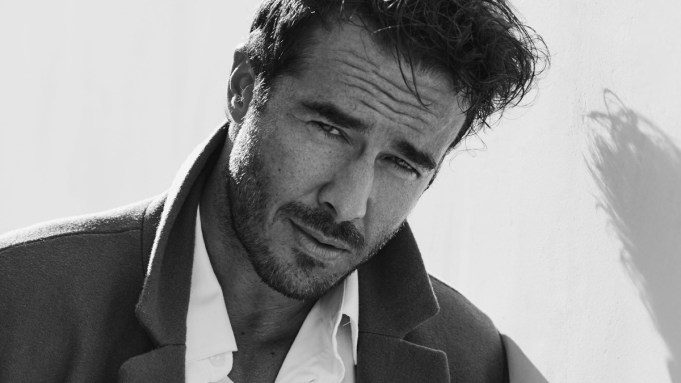 Carnes most recently starred in the Hulu Christmas movie Cupid for Christmas alongside Melanie Stone, Natasha Behnam and Richard Kind. Carnes portrayed Chris, the most romantically hopeless person on Earth, whom Ruby (Stone) must help find love if she wants to take over the duties of Cupid (Kind) upon her mentor’s retirement.

Carnes’ big break came by way of ABC’s Desperate Housewives when he landed the role of Justin in Season 1 working alongside Eva Longoria, Teri Hatcher and Felicity Huffman. He is most known for his portrayal of Lucas Jones on ABC’s General Hospital first from 2004-2005, then from 2014-2020. Additionally, he made an extended appearance on the British sci-fi series Doctor Who, portraying Laszlo.

On film, he starred opposite Omar Chaparro in 2018’s La Boda De Valentina, one of Mexico’s top-grossing films of all time. His work landed him on the cover of Men’s Health Mexico. Other big-screen credits include 2019’s Acceleration opposite Sean Patrick Flanery, Dolph Lundgren and Danny Trejo, and 2018’s Beyond the Sky.

Carnes continues to be repped by Zero Gravity Management.