EXCLUSIVE: Accusing AT&T of “callous gamesmanship,” SAG-AFTRA has filed suit against the giant media and telecommunications conglomerate in a dispute over nearly $5 million in residuals and other compensation allegedly owed to actors who appeared on Mr. Mercedes, the TV series based on the Stephen King novel that starred Brendan Gleeson and Harry Treadaway.

The show aired from 2017-19 on AT&T’s now-defunct Audience Network.

AT&T, however, says that it doesn’t owe the union anything and wants SAG-AFTRA to repay the nearly $700,000 that it “mistakenly” paid the union during a failed two-year-long arbitration over the show’s unpaid residuals.

SAG-AFTRA’s lawsuit, filed Wednesday in U.S. District Court in Los Angeles (read it here), seeks to compel AT&T and several other named defendants involved in the show’s production – including DirecTV and LABC Productions – “to complete an arbitration that AT&T abandoned after actively participating in numerous pre-hearing processes for over two years.” DirecTV and LABC Productions are both AT&T affiliates. 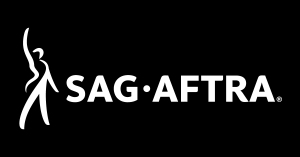 In the alternative, the union seeks to recover “the millions of dollars in compensation that AT&T is attempting to pocket, at the expense of the actors who provided the talent, long hours, and hard work critical to the creation of the popular television series Mr. Mercedes.”

SAG-AFTRA’s lawsuit, which alleges that AT&T is in violation of the Digital Millennium Copyright Act, breach of collective bargaining agreement and unjust enrichment, claims that AT&T is responsible for the unpaid residuals because it developed Mr. Mercedes with Sonar Entertainment and its production affiliates, which had signed SAG-AFTRA’s collective bargaining agreements. Sonar, however, is not named as a defendant.

According to the lawsuit, “Sonar and AT&T entered into a series production and license agreement through which Sonar transferred to AT&T certain copyright interests in the series.” The suit states that on around February 12, 2021, “Sonar and SAG-AFTRA reached an agreement” concerning the payment of monies owed. “In this agreement, Sonar stipulated to its signatory relationship with SAG-AFTRA, that the series was produced subject to the collective bargaining agreement, and that the total amount of residuals and related amounts due was $4,965,583.40 as of the fourth quarter of 2019, less the Partial Payments.”

Those “partial payments” include $700,000 that AT&T says it “mistakenly” paid the union through a payroll company during the now-stalled arbitration process.

SAG-AFTRA claims that it “brings this complaint to ensure that AT&T does not gain by its callous gamesmanship, through compelling completion of the arbitration or, in the alternative, obtaining payment of the outstanding residuals due to the performers.”

The union says that “since residuals were not received,” it served AT&T on October 15, 2019, with a Statement of Claim and Demand for Arbitration. “On December 10, 2019, after issuance of the Demand, AT&T caused a partial payment to be made to SAG-AFTRA, on behalf of the performers, in the amount of $84,960.98.” This was the “First Partial Payment” that AT&T now wants back.

“While residual payments are submitted to SAG-AFTRA for handling, the CBA requires that the payments be made directly to individual performers,” SAG-AFTRA notes in its lawsuit. “To handle the complexities of these employee payment obligations, studios routinely use third party payroll companies that prepare per-performer payments and necessary union reporting. On December 11, 2019, AT&T informed SAG-AFTRA that it had engaged Entertainment Partners, a common entertainment industry payroll company, to process the residuals payments with respect to the series.”

Nine days later, the suit says, “AT&T caused a second payment to be made to SAG-AFTRA, on behalf of the performers, in the amount of $23,004.59.” AT&T also wants SAG-AFTRA to repay this “Second Partial Payment.”

“AT&T was not obligated to make any payments to the Guild,” AT&T argued in February as part of a counterclaim stemming from SAG-AFTRA’s demand for arbitration. “However, notwithstanding its admission, the Guild pursued AT&T for payment of the residuals.” 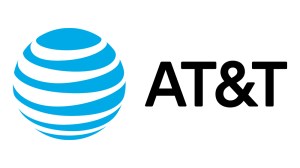 AT&T went on to claim that the union “was not entitled to the Unearned Payment from AT&T,” and that Sonar, not AT&T, “has the obligation to pay SAG-AFTRA any residuals. Should the Unearned Payment not be returned to AT&T, Sonar would retain an unwarranted influx of cash and receive an improper benefit from AT&T that Sonar was not entitled to receive pursuant to the License Agreement.

AT&T attorney John M. Gatti told Deadline that “the payment of all residuals was the responsibility Sonar Entertainment as the producer of the series. AT&T is owed the return of money it had mistakenly paid to SAG-AFTRA. AT&T has no responsibility for any alleged claim.”

In its lawsuit, however, SAG-AFTRA claims that pursuant to the Digital Millennium Copyright Act, its production agreement “conclusively establishes AT&T’s knowledge of the Collective Bargaining Agreement (CBA) in negotiating for that copyright transfer; e.g., AT&T required the casting of certain SAG-AFTRA-represented performers, expressly acknowledged the CBA’s obligation to make exploitation-related payments to these Performers – generally, ‘residuals’ – and explicitly agreed to ‘enter into customary guild assumption agreements’ that further confirm the residuals obligation.”

The suit notes that in December of 2018, “as a result of the failure to pay any residuals with respect to the series, SAG-AFTRA initiated the CBA’s grievance and arbitration process against AT&T and Sonar. AT&T initially accepted responsibility for the residuals due, making numerous representations that payments would be forthcoming and even making partial payments. However, after not being able to fully resolve the matter, AT&T reversed course; on October 16, 2020, SAG-AFTRA and AT&T mutually selected Arbitrator Sara Adler, Esq. from the CBA’s panel of arbitrators to preside over the dispute.

“Over the following year, AT&T fully participated in the arbitration and, without reservation, used the procedure to gain advantage, information, and undue delay. AT&T submitted to Arbitrator Adler a Cross-Complaint against co-producer Sonar and a separate Counterclaim against SAG-AFTRA, obtained multiple continuances of scheduled hearing dates, demanded that SAG-AFTRA respond to burdensome requests for information, and frequently met with Arbitrator Adler and SAG-AFTRA to present argument on a host of pre-hearing matters such as scheduling, information requests, pre-hearing relief and the issues to be decided. AT&T took these actions without objecting to arbitrability or otherwise challenging the jurisdiction of Arbitrator Adler to preside over the dispute.”

“In the end,” the union claims, “during the entire time that AT&T and Sonar participated in the grievance and arbitration process, neither party presented any argument or evidence refuting the fact that the performers were owed the residuals. Rather, after being denied an opportunity to further delay, Sonar stipulated to the existence and total amount of the residuals due.

“During the final pre-hearing conference, however, in another last-minute glib maneuver, AT&T again reversed its position and refused to recognize the jurisdiction of Arbitrator Adler. In response, and over SAG-AFTRA objections, Arbitrator Adler vacated the impending arbitration hearings, necessitating the present action.”