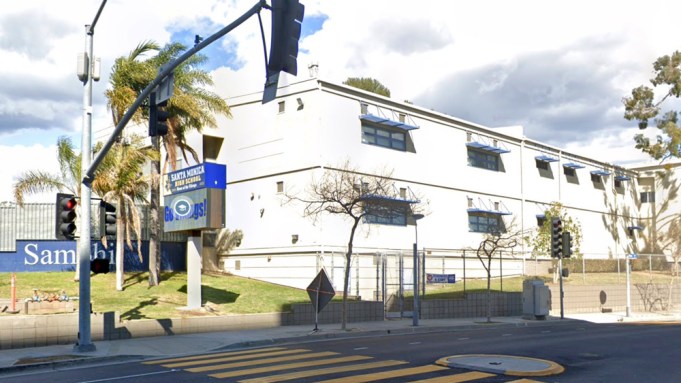 Santa Monica High School is on lockdown after a phone operator received a bomb threat just before noon. Police are on the scene, and students have been told to shelter in place.

Police said at 12:48 p.m. that “no device or suspicious items have been located” but that officers are continuing to “conduct a precautionary search of the area.”

The school is across the street from the Santa Monica Police and Fire departments’ headquarters.

Principal Marae Cruce sent out an alert addressing “the Samohi Family,” saying that “at about 11:42 a.m. the switchboard operator received a phoned bomb threat, alleging the bomb was set to go off within 5 minutes. The school contacted the police immediately following this phone call. The is currently in Shelter-in-Place, and all students are safely in classrooms.”

More than a century old, Santa Monica High School is at 601 Pico Blvd., bordered by Olympic Boulevard on the north, 4th Street on the west and 7th Street on the east. The school has been the site of movie productions including Rebel without a Cause (1955) and 17 Again (2009), and its famous alumni range from Glenn Ford, Joan Blondell and Robert Wagner to Robert Downey Jr, Sean Penn, Rob Lowe, Charlie Sheen, Emilio Estevez and Ronda Rousey.

The #SantaMonica Police Department is on the #SAMOHI campus for a bomb threat. No device or suspicious items have been located. Students remain on campus as our staff conduct a precautionary search of the area. Please see the message below from #SMMUSD personnel. pic.twitter.com/rb0K1e2Gzi