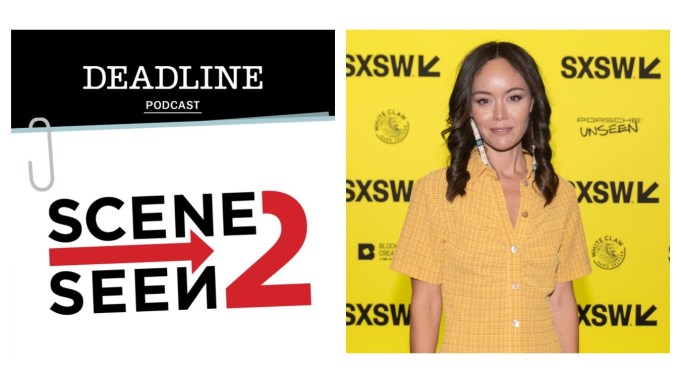 Welcome back to the Scene 2 Seen podcast!

I am your host Valerie Complex–film writer and associate editor at Deadline. On today’s episode, I chat with Nyla Innuksuk about her debut feature Alien invasion film, Slash/Back.

Set in Pangnirtung, Nunavut, a sleepy hamlet nestled in the majestic mountains of Baffin Island In the Arctic Ocean, Slash/Back opens as the village wakes up to a typical summer day. No School, no cool boys (well… except one), and 24-hour sunlight. But for Maika and her ragtag friends, the usual summer is suddenly not in the cards when they discover an alien invasion threatening their hometown. These teenagers have been underestimated their whole lives but using makeshift weapons and their horror movie knowledge, they show the aliens you don’t f***with the girls from Pang.

With this as her first feature film, she talks about how the whole thing came together. “It has been a real journey since I first began pitching this movie in 2016,” she said. “It was an impossible thing to do: raise enough money for a feature film with unknown actors as a first-time director, bring a crew to the end of the world to a community nobody has ever filmed a feature in and hire a local Inuit crew to work alongside professional filmmakers.”

Innuksuk is a producer, writer, director, and founder of Mixtape VR, which produces film, virtual and augmented reality content. A writer for Marvel Comics, Nyla co-created the character of Snow Guard, a teenage superhero from Pangnirtung, Nunavut, and a member of Marvel’s Champions League. In 2019 the director was named one of the Top 5 To Watch by Playback Magazine.

In addition to her film and digital work, Innuksuk sits on the board of directors of Ontario Creates and the Glenn Gould Foundation. In 2020, Nyla was asked by UN Women to represent Canada in discussing the future of emerging technologies in G7 countries. Nyla has often participated as an early tester of emerging technology for Google, is an ambassador for the Northern Indigenous Film Fund in Norway and is currently a research fellow at MIT.

This woman created something truly unique with Slash/Back which is currently streaming on Shudder. Tune in to her story to hear how the power of smarts and ingenuity produced one of the most surprising breakout horror hits of the year.