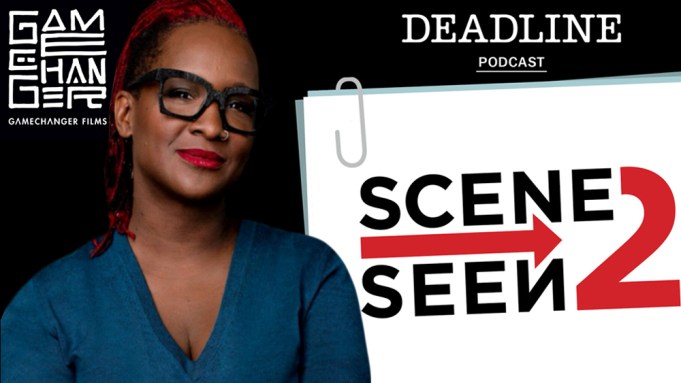 Hello and welcome to a special Wednesday episode of the Scene 2 Seen podcast. I am your host Valerie Complex, assistant editor and film writer at Deadline.

Gamechanger Films launched in 2013 as the first equity fund dedicated to financing feature films directed by women in order to address gender disparity in the film industry. In January 2020, veteran producer Effie Brown was named CEO of Gamechanger Films.

A longtime advocate and voice for diversity and inclusion within the film industry, Brown produces, develops and finances content by and about women, POC, LGBTQ+ and people with disabilities.

But today, we will be chatting about her most recent venture The Inspection, the A24 film written and directed by Elegance Bratton and starring Jeremy Pope, Union, Raúl Castillo, and Bokeem Woodbine.  Inspired by Bratton’s own story, it follows a young gay Black man, rejected by his mother and with few options for his future, who decides to join the Marines, doing whatever it takes to succeed in a system that would cast him aside. But even as he battles deep-seated prejudice and the grueling routines of basic training, he finds unexpected camaraderie, strength and support in this new community, giving him a hard-earned sense of belonging that will shape his identity and forever change his life. Here’s a trailer for the film: