Jones was a courageous attorney who risked his life and career to defend 87 men wrongfully accused of murder in the wake of the Elaine, AR massacre of 1919, when a group of Black sharecroppers meeting in a church about unionization were attacked by a posse organized by white landowners.

Brown will produce with 21 Laps’ Shawn Levy and Dan Cohen. Mariani and Danielle Reardon will executive produce with Dantram Nguyen, Katie Goodson-Thomas and Richard Ruiz overseeing for Searchlight. Ben Wilkinson, VP Business Affairs and Legal Counsel, negotiated the deal for Searchlight along with WME and CAA on behalf of filmmakers. 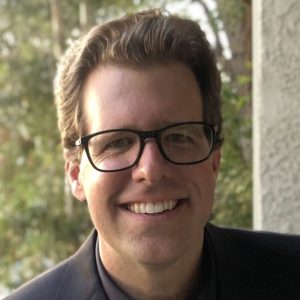 Tillman Jr. produced and directed the movie The Hate U Give for Fox 2000 Pictures, based on Angela Thomas’ novel. Prior to that, he produced and directed The Inevitable Defeat of Mister and Pete, which debuted at the 2013 Sundance Film Festival before being picked up by Lionsgate. Other directing credits include Men of Honor starring Robert De Niro and the Searchlight biopic Notorious. He is currently in pre-production on Heart of a Lion, a biopic of boxer George Forman being made under Sony’s Affirm label.

He recently wrapped production on the indie movie Honk for Jesus, Save your Soul, which he is also producing, and the sci-fi film Biosphere. Brown’s other feature credits include Marvel’s Black Panther, A24’s Waves and Disney’s Frozen 2. His Indian Meadows Productions has a production deal under 20th Television; that company’s chief mandate is to champion diversity through the development and production of entertaining, educational and inclusive projects.

Mariani was recently elected to the WGA board of directors and is currently writing War Magician, based on the book by David Fisher. Colin Trevorrow will direct the Studiocanal WWII drama, with Benedict Cumberbatch set to star.