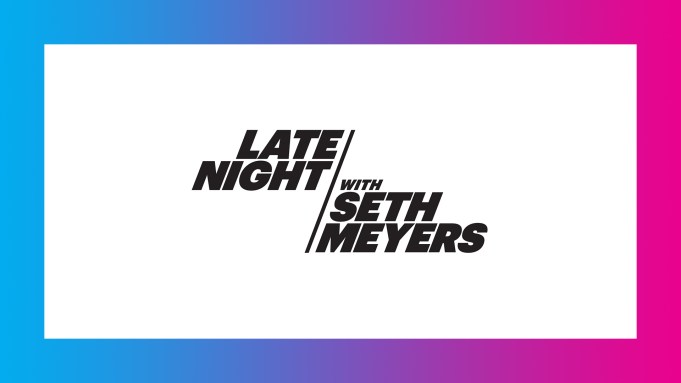 Letterman was the original host of NBC’s 12:30 a.m. talk show, and returned for an interview on the show’s anniversary in February. Meyers, speaking during an appearance at Deadline’s Contenders Television: The Nominees award-season event, said that Letterman still checked in with him during commercial breaks.

Having Letterman in the house kept Meyers and his staff in check. “The hardest thing about having David Letterman around is not blowing smoke the whole time because he would hate that,” Meyers said. “He would certainly hate it if you did it in a room full of people. It was just trying to stay within ourselves and realize he would only enjoy it if you did a good talk show.”

Late Night with Seth Meyers is nominated this year for Outstanding Variety Talk Series for the first time since Meyers took over in 2014. As the only 12:30 show nominated in the category, the host credits DVR and online replays with reaching Emmy voters and audiences.

“The internet helps there,” Meyers said. “It’s lovely, the longer we’ve done this show, how many people I meet who watch the show in the morning. Shout-out to online viewers.”

The show is also nominated for directing, and its segment “Corrections” is up in the short form content category. Meyers said the inspiration for “Corrections” came from the Covid pandemic. With the live studio audience gone, Meyers turned to YouTube for feedback.

“If you wanted to interact with an audience at all, there wasn’t going to be somebody in the room with you but there were people in the YouTube comment section,” Meyers said. “My ego was so desperate to get any kind of feedback I went there. Next thing you know, you’ve got an Emmy-nominated segment where you’re talking to online jackals.”