Where is the next Squid Game, Line of Duty or The Bridge coming from? These are questions we frequently pose at Deadline and, hopefully, we’ve identified some key contenders below.

From World War Two epics, to Boris Johnson biopics, to the first ever original from the Faroe Islands, here are seven dramas we think are going to make waves in 2022. 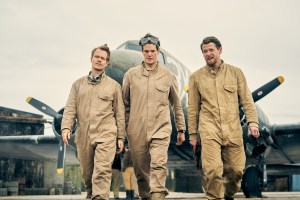 Everything Steven Knight touches of late turns to gold, with Peaky Blinders going from strength to strength and Spencer set to sweep up at awards season, so it’s no surprise to see a great deal of hype surrounding his latest offering for BBC1, produced by Humans indie Kudos and Nebulastar. Starring Jack O’Connell, Dominic West and Sex Education‘s Connor Swindells, Rogue Heroes, which tells the story of the creation of the famed undercover unit in World War Two, has already sold to North American network Epix and will no doubt travel further. Swindells plays David Stirling, an eccentric young officer, who, convinced that traditional commando units don’t work, creates a radical plan that flies in the face of all the accepted rules of modern warfare. “SAS: Rogue Heroes tells the story of a renegade band of soldiers who used wit and imagination as much as firepower to halt the march of fascism across North Africa during the darkest days of World War Two,” said Knight. “This is a war story like no other, told in a way that is at once inspired by the facts and true to the spirit of this legendary brigade of misfits and adventurers.” Expect gangbuster UK ratings and plenty of fanfare, with launch likely to be around Easter time. 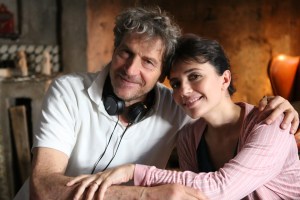 Italian broadcaster Rai has had a string of hits lately including Blanca and Leonardo and European broadcasters are looking to box clever to mitigate the streamers’ big budgets. Endemol Shine Italy’s The Bride could be the latest show to cross European borders. Airing on Rai 1 next year, the 1960s-set show was described as a “touching tale of redemption and liberation.” It centers on Maria, a young woman who marries Italo by proxy, a widespread practice in Italy at the time. Set amidst significant social change, Maria adjusts to a controversial rural life as a stepmother with the disdain of a husband who is still traumatized by his first wife’s disappearance. “This original drama is set apart from others by shining a light on the largely untold story of proxy marriages in Italy, with multi-faced characters tackling gender inequality, relationships, and prejudice,” said Endemol Shine Italy CEO Leonardo Pasquinelli. “The Bride is a tale of female empowerment, set in the 1960s but still relevant today.” The series is directed by Giacomo Campiotti (pictured) and stars Serena Rossi (also pictured) as lead. 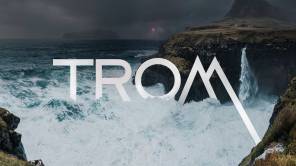 With a population of just 50,000, the North Atlantic archipelago of the Faroe Islands is one of Europe’s lesser known places, but, in Trom, the nation now has its first ever original drama. NENT streamer Viaplay has always said it will break new ground and it certainly has done. Danish New Pope star Ulrich Thomsen is set to lead the drama, playing journalist Hannis Martinsson, who unexpectedly receives a message from Sonja, a young Faroese woman who claims she is Hannis’ daughter and that her life is in danger. Reluctantly returning home to the Faroe Islands to investigate, Hannis discovers Sonja’s body in the bloody waters of a whale hunt and his search for answers soon brings him into conflict with the local detective chief inspector. The six-parter contains many of the flavours that have driven the success of Scandi-noir and could place these small islands on the map. It is “a landmark in so many ways,” according to NENT Group Chief Content Officer Filippa Wallestam, who said Trom will showcase “incredible creative talents, a murder mystery that weaves spiritual and folk-tale elements into a fascinating tapestry, and a uniquely bleak and beautiful Atlantic backdrop.” As Viaplay preps to roll out to several major European territories next year, interested subs could be about to get a rare glimpse into Faroese culture. 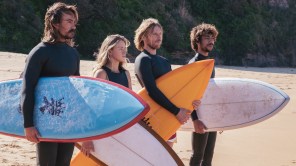 What does the hedonistic world of 1970s surfing, the cut-throat culture of big business and the emotional rollercoaster of relationships have in common? Answer: Barons. ABC’s latest big budget drama, which comes from Bra Boys’ Michael Lawrence and The Gloaming’s John Molloy and is written by Liz Doran, brings together a group of crazy 20-somethings trying to get by as they live for the weekend and their love of the ocean and surfing. But, intriguingly, their desire for the perfect wave takes them from the beach to the boardroom, as they create billion-dollar empires, where they suddenly find themselves fierce rivals who have left surfing paradise. This is everything a viewer could want from an Ozzie drama and the 2Jons / Micanical Media / Fremantle series certainly has the potential to travel. Filming started this year in New South Wales on the show, which was ordered by ABC Head of Drama, Entertainment and Indigenous Sally Riley. “With a free-spirited sense of adventure, a cast of extraordinary characters and stunning ocean backdrops, Barons promises to take audiences on an unforgettable ride,” said Riley. 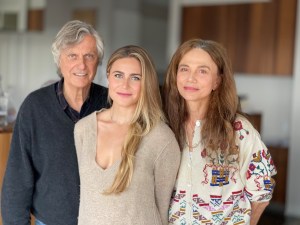 Viaplay’s second offering in this year’s list is rather different to the first: an English-language biopic of revolutionary Swedish artist and feminist pioneer Hilma af Klint from celebrated Academy Award-nominee Lasse Hallström (pictured – left), the man who directed most of ABBA’s videos. The big budget show, which has been shooting in Stockholm and Vilnius, recently unveiled Star Wars: The Last Jedi’s Lily Cole as part of a cast that also features I May Destroy You’s Rebecca Calder and The Beast Must Die’s Maeve Dermody. Hilma is testament to Scandi drama being so much more than dark thrillers. NENT Studios’ offering explores the enigmatic life of Klint, whose unconventional art remained largely unknown for decades as she navigated through a male-dominated artistic scene to eventually become one of the Western world’s first abstract artists. Hallström, who spent three years researching the artist, said: “This is a story about an unwavering search for the truth, about humanity and the universe, at a time when men made all the rules.” NENT’s Wallstam added: “Hilma af Klint literally changed the way we look at the world. She happens to be Swedish, but her story says something important to audiences everywhere.”

Move over Squid Game. The search for the next big South Korean hit is underway and it begins with CJ ENM’s Monstrous from Train To Busan’s Yeon Sang-ho. Korean natives can find the horror drama on CJ streamer TVing in the first half of next year, joining the likes of Noh Hee Kyung’s Our Blues in the media giant’s growing catalogue. Produced by Studio Dragon, Monstrous will depict the story of archaeologist Jung Ki Hoon, who finds a solution for a mysterious case. Netlix’s D.P. star Koo Kyo-hwan (pictured) will play the lead role of this eccentric, who spends his time studying mysterious supernatural phenomena. Others to feature include Hospital Playlist’s Shin hyun Bin and Vincenzo’s Kwak Dong Yeon. The show fits neatly into creator Sang-ho’s K-horror series of projects, which has also included The Cursed and Hellbound. “Above all, the fact that Monstrous is the new project of the creator Yeon Sang-ho’s K-horror series raises viewers’ expectations,” said a CJM spokesperson. 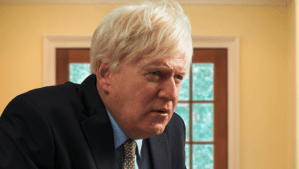 With his government mired in a mountain of scandals, it’s difficult to gauge how many UK viewers would currently want to watch a Boris Johnson Covid drama, but throw in a bit of Kenneth Branagh and Michael Winterbottom and the prospect becomes irresistible, especially once they’ve checked out Branagh’s transformation (pictured). Produced by Fremantle, Richard Brown’s Passenger and Winterbottom’s own Revolution Films, the Sky Atlantic original, which will air in all Sky territories, will tell the story of those first devastating months of the pandemic. It is based on the first-hand testimony of government advisers, health officials and many more. Branagh will play the Prime Minister, who was hospitalized within weeks of ordering the nation’s first ever lockdown. Exec producer Winterbottom has penned alongside Kieron Quirke and will direct all five episodes. “Portraying NHS staff and key workers on the frontlines of the extraordinary fight, to those in government facing unprecedented challenges; Michael Winterbottom has a clear and compelling vision in telling this remarkable story,” said Sky UK Managing Director of Content Zai Bennett.